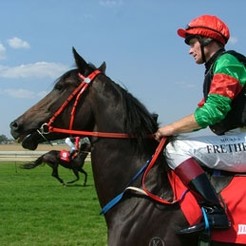 It’s the day that gets Australian workers out of the office and into the pub. No, not Friday, it’s Melbourne Cup Day. And just think, if you sell the car to back that outsider bet, maybe you won’t need to return to work at all! (Or else it’s overtime for the next decade to get the car back.)

We spoke to some Australians whose careers revolve around racing to ask who they’re backing today.

Sydney-based apprentice jockey Patrick Murphy is cheering for Zipping as he wants an Australian horse to win. ‘But I think Glen Boss is a superstar and can win his fourth Melbourne Cup on Profound Beauty.’

Annabel Hosken’s favourite horse is also Zipping, who she has backed for the last three years. ‘Although he hasn’t won often, I can’t resist in case he does win the time I don’t bet on him! He came a close second at Cox Plate so is a good horse for a place as he’s always up there but I’m a bit worried about the distance being slightly too long.’

Hosken works as Event Sales Coordinator at the Victoria Racing Club, organising the Champions Marquee on Emirates Melbourne Cup Day and revealed what people are discussing in hushed tones. ‘I know Septimus is the favourite, and it’s hard to see any locals beating him! At the recent Breakfast with the Stars I heard that Efficient is a good outsider bet and I don’t mind Mad Rush either.’

Kim Fletcher, a talented milliner and Fashion of the Field star, is backing a horse with a name that describes how her work has been in the lead up to the race: Mad Rush!

Now, unless you’re in Victoria, get back to work!