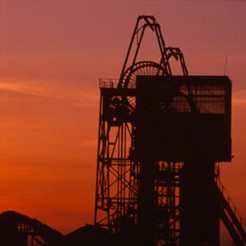 As if mining wasn't booming enough already, a new report by the Minerals Council of Australia (MCA) shows a whopping 90 000 extra jobs could be created in the sector by 2020.

As a result of a severe labour shortage, mining pay packets are already growing faster than in any other industry, and the exponential rise in employment levels will soon see more people getting paid even more money.

Australian Bureau of Statistics figures show mining industry pay packets are getting 7.6 per cent fatter each year, compared to an average 4.6 per cent weight gain across all industries.

The MCA is doubling the federal government's forecast of 3 per cent annual employment growth, and have predicted that by 2020 the number of jobs on offer will have skyrocketed by 70 per cent.

According to the report, more than half the growth in jobs will be in Western Australia.

$70.5 billion has been committed to expansion projects in Australia within the minerals sector in the next few years.

The MCA says skilled migration and better training programs are needed to ensure the sector can meet the growing demand.