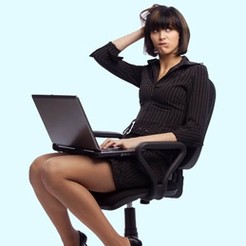 The great media debate: would you pay for online news?

If, like many, you love nothing more than to start your day sipping your latte in front of your computer and perusing the morning’s headlines from various free online news sites, you better enjoy it while you still can – because the way you access news online is about to change forever.

In the blue corner: the case for subscription fees

After reporting a $US3.4 billion loss for News Corp and cutting more than 3700 jobs last year, Rupert Murdoch has announced his plans to introduce subscription fees for access to News Corp’s newspaper and entertainment websites.

Have your say: Would you pay for your online news? Leave a comment below and let us know.

The money generated from selling newspapers has never come close to covering the cost of producing original news content, so newspapers have always relied on advertising dollars to stay afloat. But those advertising dollars have dried up with the global recession, especially with more and more news readers obtaining their news online for free. More traffic to a website usually means more advertising dollars, but according to News Limited Chief Executive John Hartigan, an online reader only generates 10 per cent of the revenue of a newspaper reader. Murdoch is therefore seeking to reduce his reliance on advertising dollars and developing a new business model to make up for the increasing shortfall.

As Richard Freudenstein, CEO of News Digital Media, says, ‘The problem is that the traditional advertiser-supported model is not enough, by itself, to pay for the level of investment in journalism that society needs.’

‘Online advertising revenues simply aren’t making up for what may be lost from newspapers. Something has to change.’

That change involves the introduction of subscription fees for content that has hitherto been offered for free. Murdoch believes that in future, all the major newspapers will resort to the same strategy and Fairfax Media are reportedly planning a similar move. It has been suggested that many newspapers might introduce a two-tier system, with both free and paid entry points.

In the red corner: the case against subscription fees

However, the continued existence of free content on taxpayer-funded sites such as the ABC and BBC is a major impediment to Murdoch’s attempts to establish this new model for delivering online news.

Despite PriceWaterhouseCoopers’ recent finding that two-thirds of readers across six countries said they would be willing to pay for general online news, many of news.com.au’s readers have already expressed their dismay at Murdoch’s decision, with many threatening to abandon the site once it starts charging for its content.

ABC Managing Director Mark Scott and market research company Nielsen predict that most readers would be unwilling to pay for online content and will simply transfer to free sites. Scott has recently pledged to continue offering ABC news content online for free – a promise that has proven controversial. According to Scott, ‘Taxpayers have already paid for ABC content and they shouldn’t have to pay twice.’

So is this truly a new model, or just another form of an old and outmoded model from someone who can’t get with the cyber-times? As Scott said in a recent lecture (‘How the mighty are fallen’) at the University of Melbourne, ‘The media Caesars of today seem largely out of solutions – and instead challenge reality by seeking to deny a revolution that has already taken place by attempting to use a power that no longer exists.’

Some believe that once Murdoch implements his plan, more and more news sites will jump on the bandwagon, while others believe he’ll be relegating himself to insignificance, thereby effectively cutting off his nose to spite his face. After all, sites with pay walls lose readership traffic and therefore lose relevance in the online world – as well as with advertisers. It is thought that this phenomenon contributed to the decline of The Wall Street Journal – another Murdoch-owned news site around which he erected pay walls. Scott believes that Murdoch’s move will only strengthen the position of his competitors, while others believe that it is only a matter of time before virtually all news content providers operate using a similar model.

What it means for the consumer

Lex Hall, a journalist for The Australian, believes that ‘those [media outlets] who think they can afford it may follow suit. But I think there will still be a profusion of outlets which offer news for free. Perhaps as a result of paid subscriptions we will see more blogs and amateur news sites. The number of people enrolling in journalism courses means there will always be people willing to offer their services for free.’

However, ‘consumers may hesitate about making the commitment. A subscription ties one to reading the product on a computer screen. I wonder whether people would be ready to pay for this?’

The solution, according to Freudenstein, is that ‘You have to make the content compelling and then package it and market it in a way that is relevant to the individual.’ He cites pay TV as a model that proves that ‘people will pay if they are given good reason to do so.’

What it means for journalism

Many believe that the free access and unrestricted proliferation of online news has resulted in a deterioration in the quality of journalism. According to Murdoch, the parasitic replication of  ‘real’ news by all and sundry in cyberspace has seen journalism lose its authority and credibility.

As Freudenstein puts it, ‘The problem is that even the best intentioned amateur blogger doesn’t hold the same standards of accuracy or accountability as a professional journalist,’ and it is far too easy for rumours and half-truths to propagate exponentially through the blogosphere, as seems to occur every week with ‘news’ of the demise of the latest celebrity (most famously, American actor Jeff Goldblum was widely reported as having died, before the story was revealed to have been a hoax).

For big news stories, people still traditionally turn to reputable, credible news providers. As Freudenstein states, ‘when it comes down to it people want the news, and they want news they can trust’ – but such news is very expensive to create. And most of the expense of investigative journalism has been borne by the newspaper industry.

So will charging for original news content not only help to fund the cost of producing high-quality journalism, but also force news providers to lift their game in order to satisfy their paying customers?

Journalist Hall doesn’t believe that the new business model will make much difference to the quality of journalism: ‘I don't necessarily think this will alter overnight the quality of reporting or comment. Deadlines will still determine that. A paid service will raise expectations and increase the pressure on reporters to file.’

Chris Taylor, Head of Commercial Affairs at Telstra BigPond, adds that ‘consumers might come to expect more if they are paying, given they have received these services for free for so long. It’s a very brave and ambitious call from News and time will tell whether it pays dividends for them.’

Join the debate – for or against? – and add your comment below.