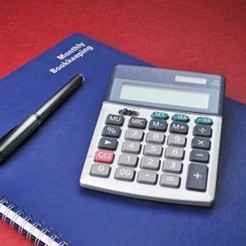 Since taxes are one of the certainties in life, it stands to reason that jobs in accountancy are too. But accountants are having to suss out the jobs balance sheets to find the career bright spots and avoid the current economic storm.

We all know that accountants are integral to businesses of all shapes and sizes. Whether it’s finance, IT, retail, communications or entertainment, it’s a safe bet that an accountant is behind the scenes keeping the books balanced and the business on a sound economic footing. Despite this, some accountants are finding themselves out of work.

It’s not all bright out there

As many employment sectors are copping a battering from the global financial crisis, so too accountancy jobs have not been immune to the financial fallout.

Most of Australia’s big accounting firms have swung the axe in recent months. PricewaterhouseCoopers cut 170 staff in January and about 30 before Christmas, while Ernst & Young and KPMG have also sacked a number of tax accountants.

These have been mainly ‘first wave’ cuts where the companies have made strategic decisions to exit some of their business programs and the accountants employed in them have lost their jobs.

In addition, accounting graduate positions are down a whopping 64 per cent according to the Olivier Job Index. Some organisations have put a freeze on recruitment altogether while others have delayed graduate program starting dates or reassessed the number of positions they are offering to graduates during 2009.

But while the financial squeeze is having a flow-on effect for some accountancy jobs, others are finding the bright spots where there are good employment options.

Forensic accountants remain busy seeking out dodgy business dealings. Insolvency accounting jobs are also in demand as the global economic crisis takes its toll on businesses. Over 15 per cent of all accounting jobs were for insolvency practitioners according to the MyCareer website on 5 May 2009.

Compliance and risk management jobs are holding up, as are reporting, cash and payroll positions.

Think about working for the government

The government sector is another place accountants can look for employment.

Hays Recruitment reported in April 2009 that ‘candidates with in-depth financial analysis and modelling skills, such as assessing the expenditure of ongoing projects and establishing budgets for future projects, are in demand due to the high level of project work occurring within State and Federal Governments following the stimulus packages’.

In addition, the report says that ‘[work with] State Governments on budgets, spend and analysis of revenue and expenses have all contributed to increased requirements for payrollers, management accountants, financial/statutory accountants and credit controllers. Those with good systems experience are in demand as employers lack the time to train new staff. For temporary roles in these areas, experience working in the government sector is required, as departments want new employees who understand government processes and systems so they will settle into the role quickly’.

Another possibility working for the government is temporary or contract work. Many departments have a headcount freeze (not employing new people as others leave) so temporary employees are having their contracts extended to cover the shortfall.

It’s a game of survival of the fittest at the moment so be the best accountant you can be! The financial industry is in a state of rapid change, so keep abreast of the latest goings on.

There seems to be little good news on the employment front with Access Economics predicting that the jobless rate forecast will hit 8.5 per cent, significantly higher than its current level of 5.7 per cent. And while many employment sectors are taking a battering, long-term accounting prospects in some sectors are holding up so don’t jump ship just yet. Only when taxes are abolished should accountants start to worry about their employment prospects.