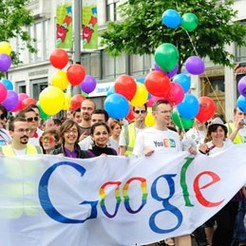 Are you living the dream?

The Dream Employers Uncovered 2010 survey, run by RedBalloon and Insync, asked almost 3000 Australian and New Zealand employees to nominate their dream employer – and here are the organisations that came out on top:

Other companies to make it into the top 20 include Microsoft, Vodafone, Lonely Planet and the ABC.

What dreams are made of

In the eyes of employees, the two most important company attributes are a positive brand/reputation and a fun, healthy culture. Eighty per cent of Dream Employers promote a fun working environment, but it’s Google, with its strong brand and culture, that led the pack.

‘At Google we believe that a strong culture and an atmosphere of fun, integrity, and creativity contribute to the productivity of our employees. Googlers believe in the company they work for and truly enjoy coming to work each day,’ says Joe Krayer, HR Director, Google Australia.

Also important are the provision of a healthy work–life balance, rewards and recognition, and the ability of employees to pursue their interests. At Disney, the ‘feel good factor’ of making people happy is a huge incentive to its workers.

The identity of the CEO is generally of little importance to most employees except in the case of Virgin, whose reputation rides on the charisma and positive image of Richard Branson, as well as its culture of fun. With constant images of Branson partying with his staff in the news, Virgin looks like one fun place to work with a great culture and leader. ‘I hang out with my people when I travel, party with them. Apart from the fact I like it … you have to be available to your people.’

As Branson said at a recent Business Chicks Breakfast in Sydney: ‘Our people need to be 100 per cent proud of where they work and believe in what they do every day.’

Be your own boss

With 73 per cent of Australian and NZ workers not working for their Dream Employer, many look to self-employment as a way to attain the kind of work–life balance, personal interest, flexibility and autonomy they yearn for. Only 12 per cent of those surveyed were working for themselves, but many more wish they were.

Ask those who actually work for themselves, however, and it seems that the dream is not quite everything it’s cracked up to be. Those who are self-employed aren’t much happier than employed workers, and many work long hours – though at least they work when they want and because they want to, not because they have to.

Those who most want to work for themselves are Baby Boomer males, who after years in the workforce are usually financially well-established and now want to pursue their dream of becoming their own Dream Employer.

Dream of being your own boss? Check out our range of self-employment courses here.