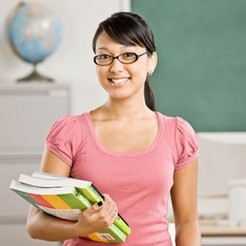 With youth unemployment rising, federal and state governments have joined forces to guarantee a place in study or training for every unemployed person under 25.

The latest official figures show there are nearly 80 000 people aged 16 to 20 who are neither studying nor employed and are receiving the Youth Allowance.

Prime Minister Kevin Rudd vows to get that number down to zero – moving Australia’s youth from the dole queue into classrooms or jobs.

‘We cannot allow the skills and training needed by a modern economy to skip a generation because of a global recession,’ Mr Rudd said while announcing the scheme at a Council of Australian Governments (COAG) meeting.

‘We don't want to repeat the mistakes of the past whereby young people who lose their job become the long-term unemployed of tomorrow,’ Mr Rudd said.

Under the Compact with Young Australians scheme, people between the ages of 17 and 20 will be provided with training places, along with people between 20 and 25 who have lost jobs and need to retrain. The Government anticipates that the Compact will provide up to 135 000 young people with higher qualifications.

Arguing that high school retention rates deliver stronger economic productivity, COAG agreed to aim to lift the retention rate from the current 74 per cent to 90 per cent by 2015.

Mr Rudd has offered state governments a share of a $100 million funding pool if they achieve that goal.

So that’s the carrot. What’s the stick? Well the government is tightening up Youth Allowance criteria, which will mean if young people don’t play the game, they won’t be getting any cheques from the government.

Those without a Year 12 or equivalent qualification will no longer receive a Youth Allowance of up to $200 a week, unless they are in an approved training or education program. The same will apply to parents receiving Family Tax Benefit Part A.

The plan has received widespread support, but there are still doubts about how it will work in reality.

There are concerns the plan could be a burden on young people already doing it tough, if the government isn’t able to step up to the plate and fund the proposal.

The Australian Education Union says an additional $1.4 billion would be needed by public schools every year to make the plan a success.