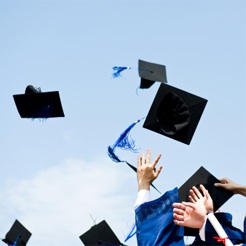 Federal Treasurer Joe Hockey has confirmed that the government will not proceed with the cap on tax deductions for self-education expenses, as proposed by the former Labor government.

This is good news all around: for individuals pursuing professional development; for their employers; and for the greater economy, as general productivity increases as workers’ skills and education increase.

The proposed cap, widely opposed by industry and dubbed a ‘tax on learning’ when it was first mooted, would have had a significant negative impact on individuals’ professional development initiatives and discouraged attempts to boost skills and training.

General Practice Registrars of Australia chief executive Amit Vohra has said in a statement: ‘The $2000 cap on self-education expenses was an ill-conceived and hastily put together tax on learning that had broader implications for Australia’s productivity’.

With the Australian Workforce Productivity Agency finding that every extra dollar invested in tertiary education expands the economy by $26, any cap on education expenses would have spelled bad news for Australia’s economic growth.

It also would have further dampened Australia’s chances of meeting its target of having 40 per cent of 25 to 34 year olds attain a bachelor degree or higher by 2025.

If Australia is to be an innovative, technology-based knowledge economy that continues to thrive and grow and compete on the international stage, continuous learning is essential. As Peter Anderson, chief executive of the Australian Chamber of Commerce and Industry, says, ‘We need to encourage people to boost their skills and become more productive in the workplace, and the tax system must play its part in that task. Tax deductibility creates an appropriate shared responsibility, as the outcome supports individuals as well as the economy and broader education policy’.

What do you think of the government’s decision to ‘scrap the cap’? Leave a comment and let us know. If you yourself are interested in professional development so you can progress in your career, browse our range of online courses.