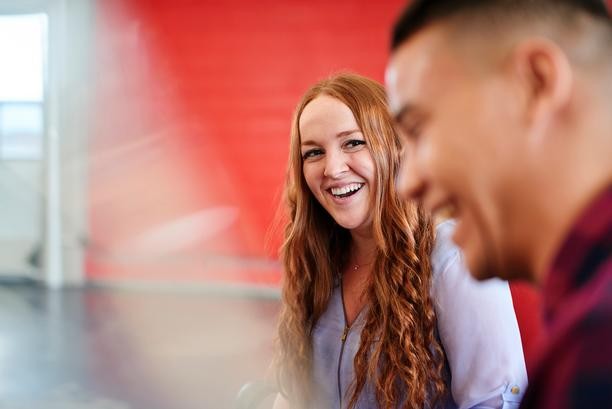 Office Romance – Is It Love Actually Or Fatal Attraction?

Like any Hollywood love story, an office romance has its dramatic highs and lows. Just make sure it doesn’t get out of control.

An office romance can go through the same spectrum of experiences as any other relationship – from the magical beginning to a major, heart-wrenching break-up. The main differences are that the saga will be played out in a confined space and under the watchful gaze of fellow colleagues. It’s a path that can be fraught with dangerous liaisons, water-cooler gossip or the possibility of enforced early departure – for one or both of you.

If you do find love next to the stationery cupboard and decide to brave out an office romance, then you had better have a game plan ready to make sure that your career, if not the relationship, ends happily ever after. And whatever path your office romance follows, get ready for plenty of drama worthy of any Hollywood blockbuster.

Whether your workplace romance is born from long shifts spent working on the next big sales presentation, or a love-at-first-sight moment in the elevator, it’s game on and now you have to work out how to handle it. Since most people spend their lives in the office, it’s no surprise that the workplace is fertile ground for finding love. According to a CareerOne survey conducted in 2006, 76 per cent of respondents admitted they have been romantically involved with someone in their workplace. But remember that you are putting both your heart and your job on the line, so watch out for any office Casanovas who just want to add you to their list of conquests. And of course, the absolute no-no fatal attraction is the married person at the next cubicle!

Flirting by the photocopier and steamy sessions in the stairwell can easily turn into private emailing sessions and after-work rendezvous, but taking the leap of faith to pursue a serious relationship with a co-worker can be quite daunting. If you think it’s love then it may be worth giving it a go, but test the waters carefully first. There is the potential to ruin office dynamics if everything turns pear-shaped, and you don’t want to leave your workplace littered with broken relationships.

The office gossip can be relentless and it doesn’t even need to be true so it could be a good idea to keep your relationship a secret from co-workers at the beginning. It’s not lying; it’s just not telling.

Management doesn’t always look kindly upon love trysts between staff members since it may interfere with the work they are getting paid to do. Many companies even have formal policies that forbid office relationships, so make sure there isn’t an in-house anti-love policy before you start shouting your passion from the rooftops. But it isn’t all doom and gloom – a bit of secrecy can add to the thrill of your blossoming love!

Your private jokes and wistful stares are bound to be intercepted at some point, and once your relationship has progressed beyond mere office flirtation, it might be time to come out and face the music. But how do you go public with the juiciest morsel of office gossip since the last office Christmas party?

Posting a notice in the company’s newsletter may not be the best idea, but letting the secret slip to Betsy in accounts might get the rumour mills pumping nicely. Be aware that news of your new-found happiness won’t necessarily be welcomed with open arms. Your relationship has the potential to create awkwardness or even jealousy. Furthermore, telling the world about your love doesn’t automatically give you permission for public displays of affection – they’re fine on the dance floor, but you won’t get away with it in the office.

Be mindful that mixing business with pleasure can be fraught with problems for a number of reasons. Spending days (and nights) with your partner can put unnecessary tension on a relationship, and workplace politics spilling over into your home life can stifle the passion. However, if you’re head over heels in love, and really want to make your relationship work, one solution could be to change departments, or even jobs. It’s important to weigh up the professional risks against the personal rewards and choose a path that’s right for both you and your partner.

What happens when things don’t work out? A break-up isn’t much fun at the best of times, but it’s even worse when you are left eyeballing each other at the office the next morning, and the morning after that, and the one after – you get the picture. If you think breaking up is hard when you don’t have to see each other, you’ll find that the repercussions of an office romance gone wrong can be horrendous, even unbearable.

A bust-up can affect everyone in the office, with tension, awkwardness and claims of sexual harassment all real possibilities. The office is not an ideal stage for your theatrical love-life dramas, and having a domestic in the middle of the open-plan office is just not on. Worst-case scenario of an office break-up: you lose both your partner and your job.

You could be lucky and have a fairytale ending with Prince or Princess Charming by your side, but that’s just the beginning of the story. An office flirtation may be hard to manage, but after the wedding bells toll, well, that’s another story!

In the end, you need to be realistic about your expectations when you enter into an office romance. You should stay cool and professional, and not let it affect your work. Remember to take things slowly and be aware of the potential consequences of your relationship – not just for yourself, but also for others at work.