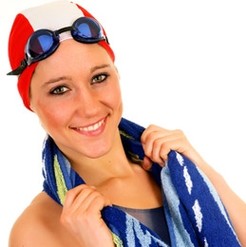 When a sprinter is crossing the line first to claim Olympic gold, a cricketer is hitting a six to win the Test match or a League player is converting the winning try – the last thing on their minds is what career they will pursue once their sporting prowess fades and the next generation steps in.

However, professional sporting careers inevitably have shorter life spans than most gigs – and the sporting stars of today must figure out what they want to do tomorrow.

Many elite athletes leverage their sporting skills and achievements to build formidable careers. They might pursue a career in commentary or coaching, or use their fame to follow a career in the media.

Liz Ellis was a member of the Australian netball team from 1992 to 2007, team captain for four of those years and the country’s most capped international player.

After retiring from the game, she managed to launch a successful netball career away from the court. She runs coaching clinics during school holidays, commentates for One HD and Channel 10, and continues to work closely with the sponsors who supported her when she was a player.

But what many may not know about Ellis is that she started out her career in a completely different type of court – as a lawyer. Getting qualifications and experience in other fields is always a good idea and something that many sportspeople recommend.

‘I would advise people to keep an eye on their education – educate yourself as far as you can, simply because one day your sporting career will be over. My law degree is my backup and it gives me plenty of peace of mind to know it’s available if I need it,’ says Liz.

‘A lot of girls I played with were tertiary educated, so they are physios, doctors and accountants. Certainly from my generation of players, I was the only one who made a career out of netball. A lot of the girls used the opportunity when they were playing to educate themselves and have careers outside the sport.’

Nick Sautner, the general manager of operations at Melbourne’s Telstra Dome and a budding VFL player, agrees that it’s a good thing not to have all your eggs in one basket.

‘Even if an athlete is able to achieve an AFL career, I believe it's still important to live a balanced life and have an interest outside of AFL, whether it's study or employment,’ he says.

Claire Mitchell-Taverner, a former Hockyroo and Olympic Gold medallist, is now devoted to helping other elite sportspeople follow their dreams. She looks after the AFL Player’s Association’s career development program across Australia.

‘It's a useful and beneficial program because it offers AFL players the opportunity to pursue interests outside of football, so when they decide to leave the game, they have the skills and qualifications to start a different career path. It's a crazy environment they're in so we want to help them make the most of it,’ says Mitchell-Taverner.

She believes her sporting background helped her become successful in the role.

‘I played hockey for Australia, so being an experienced elite sportsperson, I understand the level of commitment involved in playing professional sports. I think this experience is a strength I bring to the job – that I've been there and done it,’ she says.

Likewise, Sautner says his involvement with sport at a semi-professional level helped him climb the career ladder.

‘Playing VFL football opens up opportunities for you. There is a profile associated with playing football, whether it is VFL or AFL, and it helps to build relationships with people from various industries,’ he says.

Whether you are the centre of attention or behind the scenes, there are lots of career opportunities in the sporting world. Most codes have support staff to help players get the skills and qualifications to pursue new dreams after they are past their sporting peak, so take advantage of what’s on offer to have a life-long dream career.