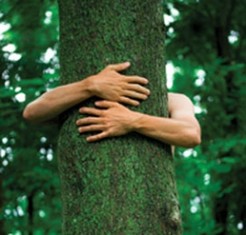 Save the planet from your office

Get some career advice that the planet will thank you for, long after you get the job!

Is there one thing you won’t compromise on when searching for a new job? 100K salary? Relaxed dress code? Espresso machine?

Employees worldwide are increasingly taking notice of a company’s ‘green rating’, that is, how environmentally friendly it is.

In an age when household recycling bins are bigger than garbage bins and the human impact on global warming is hitting home, people are beginning to see the irony in recycling their newspapers at home only to guzzle their way through reams of paper at the office.

Energy Australia’s Paul Myors is a senior consultant specialising in energy efficiency. He’s noticed that, over the past decade, Australians have begun to pay attention to expert warnings about global warming.

‘People do actually think that we have already seen climate change in Australia, and I think that has contributed to greater awareness and made the issue more real to people’, says Myors.

With Australian households stepping up to the environmental plate, it’s time for businesses to take notice.

‘It would be quite difficult to find many companies who either publish or, for that matter, who have documented environmental policies’, he says.

‘There are a lot of opportunities for businesses to be more energy efficient. It’s not simple, but we can’t use that as an excuse to not address the issue – we should try to do better’, he says.

Not everyone has to install solar panels outside the tearoom though; there are plenty of ways businesses can reduce their environmental footprint.

Part of the problem is that people don’t have a great awareness of the relative energy use of different appliances. Turning out the lights is one of the simple things we can do.

Earth Hour has given homes and businesses across the globe a push in the right direction. Elizabeth Potter, a spokesperson for Earth Hour, says the popularity of the initiative is indicative of a shift in the corporate sector.

‘People are starting to recognise that businesses are taking steps that are genuine, long-term solutions to climate change rather than symbolic displays. We’re seeing an increase in companies with buildings that are rated four and five star in terms of the environment and installing energy-saving lights’, she says.

Finding an employer by their green conscience alone isn’t impossible, but another idea is to score your dream job with an employer who has that great espresso machine and then work to change company policy from the inside. You can start by flicking the switch.

Ready to get moving in a greener direction? Check out our selection of environmental courses.