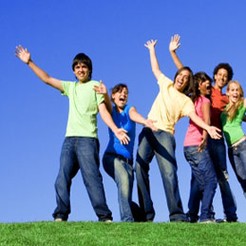 In the big budget boost, students can join a SES cadetship scheme that will equip them to lend a hand when disaster strikes.

According to Emergency Services Minister, Nathan Rees, a pilot of the program has already proven to be popular with the next generation of emergency workers.

'We're always surprised at the number of students and young people who want to put their hand up and be part of the volunteer community that protects the rest of us', Mr Rees said.

He assured parents that the young volunteers would be properly trained and fully equipped before being called out alongside regular crews to brave Mother Nature.

In the last year, the state has been rocked storms in the Hunter Valley, widespread flooding in the state's west and north coast, and huge storms in western Sydney.