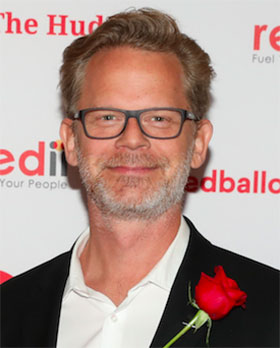 Brett has had a love of technology since getting his hands on his first computer, a Timex Sinclair ZX80. He describes himself as being a “good mix of technology nerd with a solid understanding of commercial reality.”

With a career spanning over 35 years it’s safe to say he’s experienced many changes in the IT world. Read his story below….

How long have you been in IT?

Commercially – 29 years. But have been using computers for over 35 years.

Definitely an IT professional. Somewhere between a computer technician (hardware, networks) and Programmer. I was also very interested in electronics and robotics but never had any serious training.

Picking vegetables in a farmers field under the hot summer sun in Canada. Not pretty. My first IT job was as a junior computer/network technician in 1988.

When did you first know you wanted to get into IT?

It was either the first time I played a video game (Pong, yes I am that old!) or when I was able to use an Apple II in my 5th year of elementary school.

The best part would be delivering something into production that has solved a problem for a group of users, demonstrating immediate benefits.
The worst part of my job is having to manage scope creep within a fixed timeline.

Keep hands-on with technology. I can still write code today, even though most of my work involves strategy, planning, management etc. I will never stop ‘getting my hands dirty.’

What do you wish someone had told you before starting in IT?

That the whole promise of ‘working from anywhere’ is not realistic when delivering projects. People need to work together to be effective. I prefer to be working with teams and colleagues rather than sitting at home working remotely. The promise of coding from the beach is largely a fallacy.

Where do people have to start to get into IT and what is a standard salary package for this role?

There are so many roles in IT, but really for the technical-type roles you can choose from either Programming (writing code, designing architecture etc.) or Systems Management (installing hardware & software, fixing computers, networking, security etc.) I would argue that these days, formal education in these areas can be a good start but it’s not critical. I have rarely looked at education sections of CV’s for many years now. I am more interested in a variety of technology experience along with a great attitude, rather than hiring someone with a Masters of Computer Science.

Entry-level positions in IT would start at around $60k plus super for either systems or programming roles.

During the dotcom days I was involved in a business that revolutionised the way the music industry worked with radio stations. With a tiny team of four guys, we delivered tools that facilitated the movement of music between record companies and radio stations, which is still in use in the USA today (12 years later!)

Since joining RedBalloon, I have to say I am pretty happy to hang my hat here for a while. There are a lot of great things happening here, and growth is imminent. I want to be part of the future growth and success of a business that makes people happy.

Keen to kickstart your career in computers? Start by enquiring about a course in IT!