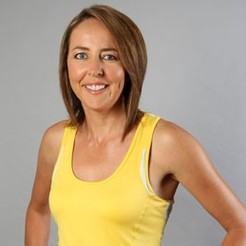 'I was quite determined law was what I wanted to do, but after working for four years I realised it wasn’t something I was particularly gifted at and I didn’t love it. I loved playing netball so I thought I could perhaps make a career in that field.'

Liz Ellis put her law career on the backburner to pursue a career in netball. She went on to play in the Australian netball team from 1992 until 2007, and was captain for her final four years on the court. She is Australia’s most capped international player and has won the country’s Most Valued Player Award four times. Liz’s career continued to soar after her retirement from the game – she is now a well-known media identity and runs coaching clinics for the next generation of netballers.

When did you first realise you would be able to make a career out of netball?

It was after I finished university and had been working as a lawyer for four years. I was quite determined law was what I wanted to do, but after working for four years I realised it wasn’t something I was particularly gifted at and I didn’t love it. I loved playing netball so I thought I could perhaps make a career in that field. I never actually plotted out a career path, everything just sort of evolved.

How did you move into professional netball?

When I started at the National League level, we were totally amateur. We didn’t get paid at all. In my final year, I only got paid $8000 for playing for my club, so there never was a career for me as a professional player like there is for the girls now. I was able, however, to build my career around what I did on the court. It enabled me to plug into certain things like coaching clinics, media work, speaking engagements and sponsors, and I wrote a couple of books. Any athlete will tell you that through your athletic career, regardless of what sport you’re in, you make some great contacts and if you’re strategic about how you do that, there are opportunities that arise from that.

How have the opportunities been boosted?

The main change is the ANZ Championship. The top players in the club teams now are able to earn enough money by playing netball full time. The junior players aren’t quite at the level yet where they can stop working.

What has been your career highlight to date?

Probably my final game, which was captaining Australia at the World Championships final and winning. We had worked towards that moment for several years, so to actually have it come off in fantastic fashion with a great team was awesome!

We trained together as a team three times a week, two court sessions and a fitness session, and then we would play once a week. Every second weekend would involve interstate travel. It was fairly hectic and our training sessions had to be supplemented by our own home training sessions. Day-to-day training was pretty routine, but my days were always different because I had different commitments.

What are the bad bits about being a netballer?

I don’t have a lot of cartilage left in my knee, but I’d rather have no cartilage than give up all the great memories and experiences I’ve had.  I guess there are a lot of sacrifices if you want to be a professional athlete – it’s something that engulfs your whole life. Every meal you eat, you’re thinking about it, it curbs your social life because you can’t afford to go out and party and still be able to train at that elite level. I missed out on lots of family and friends’ parties and weddings simply because if you make that commitment to your team, the team comes first. However, that gets made up by the time you spend with a great group of people and the unique experiences you have.

What has your career evolved into now?

I run netball coaching clinics during school holidays, I coach for the Macquarie Foundation, I commentate netball for ONE HD and Channel 10, and I still have all of my sponsors from when I was playing so I have plenty of work to do with them, like the Nestle commercial which is on at the moment. It’s evolved into a really nice career.

Have your former teammates gone down similar paths to you?

No. A lot of girls I played with were tertiary educated, so they are physios, doctors and accountants. Certainly from my generation of players, I was the only one who made a career out of netball. A lot of the girls used the opportunity when they were playing to educate themselves and have careers outside the sport.

What advice do you have for people who are thinking about a career in netball?

Certainly follow your dreams – someone has to play netball for Australia so it may as well be you! I think it’s a fantastic goal to have, but like any elite sport, I would also advise people to keep an eye on their education – educate yourself as far as you can, simply because one day your sporting career will be over. My law degree is my backup and it gives me plenty of peace of mind to know it’s available if I need it.

Keeley Devery. She played the same division I did and she went on to forge a career in the media and still works for Fox Sports. She’s someone who I really admire for both her playing and for her post-sporting career. Anne Sargeant is also someone who I look up to for the way she made a career for herself out of her netball-playing career.