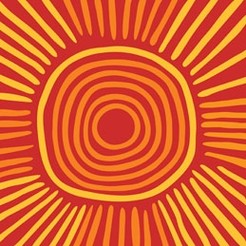 Many people, tourists, students and migrants alike, are drawn to the diverse and welcoming culture of Australia – a product of a rich, multicultural society. When planning to live, work, study or visit a diverse country such as Australia, being aware of the culture is extremely important to ensure you get the most out of your travel, while respecting the values of your host country.

With a unique landscape – as varied as the inhabitants – Australia has attracted a cultural bed of international students, travellers, workers and migrants. There are over 200 different languages and dialects, including 45 indigenous languages, spoken in Australia, with English the national language. In order to adapt to this tolerant and diverse society, you will need to be aware of some of the common social values and customs.

Permanent visas and some temporary visas require you to read or be familiar with the government-provided book Life in Australia before you sign the Australian Values Statement. By signing this statement you are saying that you will respect and abide by the customs and laws of Australia. All visa applicants must sign this statement if they are 18 years old or over. If you refuse to sign the Values Statement, your visa application may be delayed or even declined.

The Australian values include:

Although these values are not exclusive to Australia, they are inherent to the Australian way of life and are ingrained in history. Australians believe in freedom bound by law. This means that although Australians are entitled to a number of fundamental freedoms, they have a civil duty to obey the law while taking advantage of them.

The Aboriginal and Torres Strait people were the first inhabitants of Australia, and have lived in Australia for up to 60 000 years. Indigenous Australians have their own unique beliefs, traditions and reverence of the land. This can differ according to where they lived.

Aboriginals and Torres Strait Islanders are an important part of Australia’s history, culture and national identity, and have made valuable contributions across many fields, including the arts, media, business and sport. While Australia’s Indigenous history has been a turbulent journey, today the government is committed to improving equality, health, education and employment opportunities for all Indigenous communities.

Around 16 per cent of Australian land is owned or controlled by Indigenous people. This land, usually found in remote or regional areas, is linked to their culture and beliefs and is considered sacred. Some sacred sites have specific traditions or rules, so be aware of any cultural and social customs when you’re travelling.

Australia has the lowest population density per square kilometre of any country, due to the large tracts of sparsely inhabited land in the interior. The outback – remote, inland areas – makes up a large part of Australia’s geography, history and identity. There are many employment opportunities in regional Australia. Living in a regional or rural area can allow you to experience a different side of the Australian way of life, and regional centres have strong cultural diversity and great support systems. They are also less expensive than the cities when it comes to cost of living.

Australian dress codes can differ according to situation and location. Workplaces usually have dress codes depending on what type of environment it is. Office jobs generally require you to dress neatly, cleanly and modestly, even if the dress code is ‘business casual’ or ‘smart casual’. Jobs that require labour or construction may have dress requirements such as steel-cap shoes and hard hats, to ensure safety.

In the general public, there are no laws or rules regarding clothing. Many people will dress to suit their style, express themselves, or for the weather or situation. During the warmer months, beaches can be a popular location for all Australians, and people tend to dress accordingly – think bathers, shorts and thongs.

Wearing your national dress for religious or customary purposes is also widely accepted in Australia.

It is polite in Australia to shake someone’s right hand when you meet him or her for the first time. This is also customary for business practices. Amongst close friends, it is becoming increasingly common to greet each other with a kiss on the cheek.

If you are talking with someone who you have met for the first time, it is polite not to talk about personal matters. It is also a social custom to look someone in the eye when you are talking to them, but staring at someone for a long period of time is considered rude.

Australians tend to be fairly informal in their everyday interactions and it is common practice to call someone by their first name only. You can address someone by their title and their family name, but this is considered unnecessary and overly formal for most situations. People do, however, tend to be more formal in business and professional situations.

It is also customary to use words like ‘please’, ‘thank you’, ‘sorry’ and ‘excuse me’ when talking with strangers as well as friends. These words are also commonly used when making purchases and in other business transactions.

Australians are famous for using a lot of slang, which can be unintelligible even to native English speakers from around the world. Here are some colourful examples of Aussie slang.

Australians celebrate a number of holidays and special events. Some recognised days hold national meaning or commemorate a past event and are remembered with a public holiday. Most states and territories celebrate public holidays on the same day. Small businesses may close on public holidays. Some of the main public holidays, apart from Christmas and Easter, include Australia Day and Anzac Day.