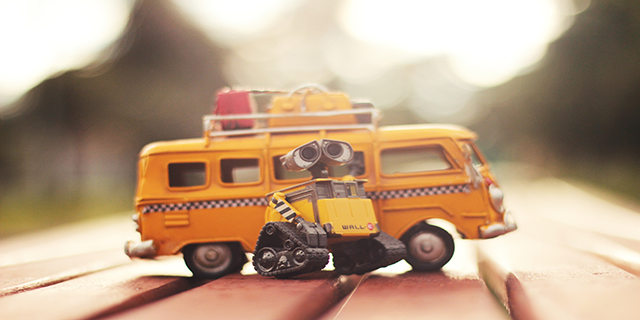 The Robots Are Coming! How Technology Is Changing the Way We Work

Fact: The world of work and the way we work is changing.

But how? What does this change mean for you? And how will it impact your career?

Technology is changing the way people work across a variety of industries and the digital disruption is just getting started. According to the OECD’s Employment Outlook 2019, 36% of Australian jobs are at significant risk of being automated in the next 15 to 20 years. Before you start to fret, remember, it’s not all bad, with new technology comes new opportunity to upskill and new job created.

So, what industries and jobs will really be shaken by technology and who will AI impact the most?

Agriculture is one of the main industries being turned on its head. The rise of AI has brought with it new farm operations. How far has it come and where it is going? But most importantly what’s AI mean for our agriculturists and our environment?

The transport industry is one of the first to come to mind when it comes to adapting to technology and the changes it’s brought with it.

Driverless cars, flying cars…. radical things that we thought they could only think of in the movies are being trialled and getting ready to take over our roads, railways and airspace as we speak.

AI and robotics are changing healthcare – from detecting disease in its early stages to precision surgery and developing treatments. Technology has already brought us a long way when it comes to healthcare and it’s about to take us a whole lot further.

Teachers. Wouldn’t you all just love a little more help in the classroom? Have a look at what may be in store for you …

The construction industry is at its peak, so how do you capitalise on this? By boosting productivity of course. Cue the robots….

While the rise of AI has some industries shaking in their boots, for others like IT, it’s creating serious job growth. A recent survey by Robert Half of Australian CIOs indicates that almost one in four plan to hire additional IT professionals to support the automation of departmental processes. Director of Robert Half Australia, Andrew Brushfield states, “while automation may negatively impact some manual roles, businesses can’t overlook the positive impacts of automation on the workplace — especially on IT.”