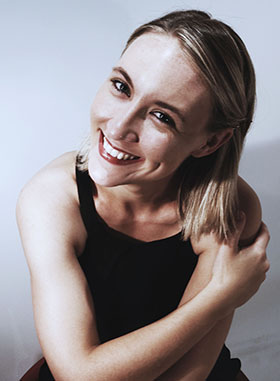 Helen is the Founding Editor of Writer’s Edit, an online magazine and learning platform for fiction and freelance writers. She’s also a fantasy author and fiction editor and is working on a book due out in August 2017.

See more of Helen’s career highlights and how she came to fulfil her dream as a writer.

When did you start the Writer’s Edit?

How long have you been a writer?

I’ve been writing for as long as I can remember, but I’ve been a professional freelance writer for about seven years now. I’ve been running Writer’s Edit and my own freelancing business for about four of those years.

I’ve wanted to be a writer since I was about 7 years old.

My very first job was running functions at a kids’ play and adventure centre called the Funhouse. But my first professional job out of uni was as a content writer for an Australian internet start-up.

I’m someone who thrives on routine, so I generally get up quite early and plan my day with a to-do list. I set time limitations on things like checking emails and social media because I’m all too aware of getting sucked into the newsfeeds and the time-consuming nature of email.

From there, it’s all about working through that all-important list and prioritising deadlines and managing clients.

I usually work from about 7.30am til 5.30, have a bit of a break for dinner and catching up with friends and family and then head back to work until about 9.30-10pm.

Without doubt the best part of my job is the freedom. I love working for myself and being able to run my own show. I manage my own clients, my emails, my invoices, my quotes and everything in between according to my own preferences and it’s incredibly liberating.

For a while, I did my freelance writing from home, and after the novelty wore off, I realised it was a very isolating way to work. I missed things like Friday work drinks and going to lunch with colleagues. There was no endpoint to the day, and so I often found that I was working well into the night without much of a break.

Now I work from a wonderful office in Redfern, and it’s really helped my find the work-life balance I lacked before.

What do you wish someone has told you before starting as a writer?

I wish someone had told me the importance of specialising in a specific niche earlier. Becoming an authority in a particular field is incredibly important as a freelance writer – you want to become known for your immense knowledge on a certain topic or area. You want clients to seek you out for your expertise.

There’s so much on the horizon, it’s all a little overwhelming! Writer’s Edit is about to launch its first-ever freelance writing course.

And of course, my debut novel, Heart of Mist is due for release on August 31st. It’s the first in a planned trilogy, so I’ll be writing and publishing books for a while yet!

I’m also currently putting the finishing touches on a freelance writing course, which aims to help writers get their freelance career started.

Connect with Helen and check out some of her work on Writer’s Edit:
Web: http://helenscheuerer.com/
Facebook: https://www.facebook.com/writersedit/
Twitter: https://twitter.com/HelenScheuerer
Amazon: https://www.amazon.com/dp/B07556VD4Y/

See your words in print and get the skills to help your creativity flow with a course in Writing. Enquire today!