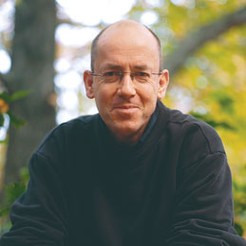 Morris never achieved his childhood dream of becoming a professional football player, but he did become one of Australia’s most successful writers. After starting as a writer on The Norman Gunston Show, Morris managed to skip the stage of sending off countless manuscripts to publishers only to be rejected. Instead, a publisher approached him to write a children’s book, and he’s never looked back.

His funny and offbeat books often deal with big issues and are stocked around the world. Two Weeks with The Queen, Other Facts of Life, Misery Guts, Blabber Mouth, Worry Warts, Sticky Beak, Once and the Toad Trilogy are just some of his books which have defined the reading experience of kids everywhere.

Did you always want to be an author?

I grew up in England and when I was young my aspiration was to be a professional football player. I was writing stories by my mid teens, but I didn’t think of it as a possible career until I was 17 and was looking for a university course. I enrolled in a new professional writing course at Canberra University and, during those three years, I tried my hand at everything from journalism, poetry and advertising copywriting, to short stories and screenwriting.

What did you do after university?

I discovered that humour was something I really enjoyed, and writing for the screen seemed to be the most realistic way of earning a living. Freelance journalism and humorous writing for newspapers and magazines were not well paid at all, so I started out writing television comedy scripts. I was fortunate enough to be able to join The Norman Gunston Show as a scriptwriter. I wrote various things for TV for about 10 years until a publisher offered to turn one of my telemovies into a book. I had never really thought of writing a book, but it sounded like a bit of an adventure and it’s a rare privilege to have someone offer to publish your book even before you’ve written it. Most authors have to go through a much more determined process of writing books uninvited, sending them off and having them rejected.

What was the transition from scriptwriter to author like?

The single biggest difference between the two is that authors get to pretty much write about whatever they want. Putting a story on the screen is a very expensive process. For a screenwriter, it’s a case of a limitless imagination being quickly limited by producers, accountants and people that say ‘well, Morris, the climax to your movie of 2000 elephants parachuting into the MCG is a wonderful visual image, but we’ve costed it and were wondering if you would consider having a couple of mice trampolining in instead.’ The gap between the two is closing as a new generation of computer-generated special effects emerges, but it’s still true to say that if I pick up a pen to write a novel, it’s not going to cost any more money to write a scene with 20 000 people doing handstands with fireworks between their toes, than to write about two people sitting in a room having a cup of tea and a chat.

Where do you get your ideas from?

That should be the simplest question to answer of all, but in fact it’s the most difficult because I can’t think of a time when I wasn’t habitually making up stories in my head. Ideas pop into my head right through my waking hours and also in my dreams. I was at the movies watching Terminator 2 when I had an idea for a story about a mute girl who has a wonderful relationship with her Country-and-Western-singing, apple-farming dad. However, he does very embarrassing things and she has to find non-verbal ways of telling him to pull his head in. I don’t think Terminator 2 has anything to do with that, not on the surface anyway, but for some reason while I was watching it, I had an idea for the book that became Blabber Mouth.

Do you think people either have it or they don’t?

I wouldn’t go quite that far because I think there are steps you can take to find ideas. For example, every story is going to be about at least one character with at least one problem. So think about the problems in your life or other people’s lives and come up with interesting and fun ways to solve them. Another approach is to think of things that really interest you, concern you or make you angry. If you’re going to be sufficiently motivated to sit down for months with the same characters and story, there will have to be a pretty big personal connection there.

Once you have the idea, what is the process for writing a book?

I always try to plan my books because I need to know roughly how the story is going to end before I start writing it. If I get powerful feelings along the way that I want to take a different track for that destination, then I allow the story to go off in different directions. I trust that on some subconscious level it says a lot about how I am connecting with the story.

The job has got two broad halves to it that involve very different types of activities, skills and experiences. The first is the process of having ideas, meeting the characters in your imagination, discovering their stories, structuring them, finding the character’s voice and sitting down and writing the book. Since I will be sitting in a room by myself day after day, month after month I have to love spending time in my imagination, because otherwise it could be a fairly lonely existence. In my imagination, I’m not restricted to a single room and I have the characters in my books to keep me company. The other half of the job is dealing with the business and marketing side of the whole thing. I need a contract with my publisher, and I spend time with a literary editor who refines the creative part of my book, a designer who looks after whole aesthetic feel of the book, and the publicity and marketing department who will arrange media interviews and organise for me to go to literary festivals.

How important for you is it to go out and speak to children?

It’s important for a number of reasons. Writing for young people means that every three or four years an entirely new readership comes along. I need to go out there, spread the word a bit and connect with my readers. It’s a dilemma because there are thousands of schools in Australia and I could spend all of my working life visiting students, but then I would never write any books and the whole thing would become rather self-defeating. I have a huge number of books that I still want to write so I have to guard my time rather jealously. I have a website which I hope will compensate for that a bit and I’m just about to put some video segments up on it with me talking about the kind of things I tend to talk about when I go into schools. Although it won’t be as good as a face-to-face meeting, at least students can see me having a chat about some of my books.

What gives you the most pleasure about writing?

The short answer is that for the last 20-plus years I have been able to earn my living doing something I love. I think that is one of the most fortunate things that can happen to you in your life. When a book is finished and it’s out there, it’s a wonderful feeling. There is a point where your characters exist but only you know them, then that book is printed and distributed and lots of people read it and suddenly those characters have thousands, or hundreds of thousands, of relationships with individual readers. Another fortunate thing about the work I do is that the trip to work takes me about 14 seconds – I have saved hundreds of hours commuting over the years.

Anything you wish didn’t come with the job?

There’s not too much that makes me miserable, but you do have to make sure you spend time in the company of real people. There is also a lot of travel involved on publicity tours, which for me is a joy, but some people choose a life of writing because they prefer solitude – they prefer having adventures in their imagination rather than physically going out into the world and having adventures there. The discovery that authors do a lot of talks, interviews and travelling can be a bit of a shock for some writers.

I hesitate to say favourite book because when you spend eight or nine months getting inside a character’s thoughts and feelings, those characters become dear friends and I don’t really like choosing a favourite among friends. But I can say, a book I wrote a couple of years ago has become a special one for me. It’s called Once and is about an 11-year-old Polish Jewish boy in World War II. I’ve just finished a sequel about it called Then which is coming out in June and is the second half of the same story. Those two books have been the most satisfying and personally important for me.

What’s your advice for someone who wants to become an author?

If you really want to be an author you have to hold onto that dream despite discouraging setbacks. It’s likely that the first thing you offer for publication won’t get published and you have to be prepared for that. I have a colleague in London who was one of about 15 publishers who rejected Harry Potter. Almost every successful author I know, whose books are now hungrily sought after by publishers, were initially rejected. I think it’s important to read and write a lot, and let yourself write the things you want to write, rather than trying to write what you think the publishers will want.

Put your ideas to paper when you explore a course in Writing or Creative Writing.