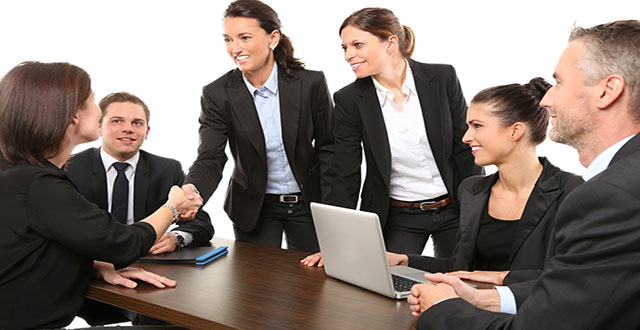 A first impression is a difficult thing to run away from. Whether we like it or not, both we and the people around us make snap decisions on other people’s character solely based on exactly that. A bad first impression can make things hard, as it basically means any type of relationship is starting in the red. We need to work at it to even reach ground zero.

Luckily, we are able to somewhat control how people perceive us. Think about it. At the end of the day, it all comes down to appearances and mannerisms. We have the advantage of controlling both of those things, thus we decide how others see us and what kind of first impression we make.

Do you have a tendency of running late? If so, that’s not something you want to show off on your very first day. Aim to arrive at least 10 minutes early. This won’t make you seem too eager or like you can’t plan appropriately but will show you’re punctuality and readiness to start work. Additionally, if you arrive a bit earlier you could always ask for a tour of the place or take the time to do a final appearance check and freshen up a bit.

No one really likes waiting around for people. Considering it’s your first day, HR probably has some kind of protocol in place to help get you started. And you want to start with them on the right foot, that’s for sure.

Remember that you’ve put in the work to get where you are. You probably spent countless hours studying, revising your CV and preparing for the job interview. Chances are, you had to wait a while to get confirmation you’ve been hired. Now that the big day is here, it’s important for you to know that you deserve it. And then, to act accordingly.

Look people in the eye and shake their hand firmly. Smile and don’t shy away from questions when you’re invited to join a conversation. The vibe you give off can be crucial to how people will start thinking of you. Will they hear a mousy little voice when they think about you, or will they think of a more confident tone? It’s all up to you.

Get the Dress Code Right

Once upon a time, the piece of advice most given was to dress professionally. However, times have changed and lots of companies have started to accept the more casual way of dressing. Basically, if you dress professionally, you might end up being overdressed. While that in itself won’t be detrimental to how people feel about you, it might trip you up internally. In the end, this uncertainty could ultimately lead to a misguided comment or nervous tick that might be what alters how people see you.

If you managed to get the job, you’ve probably met some employees at the job interview. Think about how they were dressed and they try to mimic that. But, if you’re not sure in that, you can always opt for business casual, that’s the norm in most offices.

Even if it isn’t in yours, you won’t feel like you’re sticking out too much.

Being surrounded by new people in a new environment is not the best feeling in the world. While some do thrive in it, that’s not the case for most. Sometimes nerves get away from us and we start appearing a little too unfriendly, stiff or grouchy. On the other hand, it’s not the best idea to look too eager or be overly smiley. Again, it’s all about establishing a balance.

To play it safe, answer any question you’re asked with a casual smile. Also, try to avoid grinning or laughing too loudly. No matter how funny the joke you’re being told is. It could be hard, but you don’t want to be known as the person who guffawed on their very first day.

Get involved and have a chat but remember, the time for telling wild stories or bestowing your wisdom on new colleagues is certainly not the first day in office. Participate in conversations, but try not to share anything that might be too unprofessional.

Asking about what you should expect in the first few weeks on the job is never a bad idea. You could ask HR for pointers when you’re making arrangements for when to start. Maybe you could even include it on your list of questions in the interview itself, showcasing a willingness to understand the company processes.

Knowing what is ahead should allow you to feel more relaxed for your first day. Still, even if you’re not sure in the exact details of your first few days, it’s generally a good idea to bring a notepad or a planner. This will enable you to take notes on any new ground you’re covering so that other employees don’t have to repeat themselves. The added benefit is how professional it makes you seem.