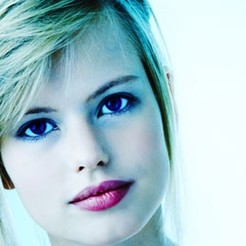 Attractive women lose out on some jobs

It’s no secret that being good-looking is a huge advantage in life. When it comes to work, studies have shown that attractive people get better jobs and better wages.

However, a recent study published in the Journal of Social Psychology has demonstrated that when it comes to certain occupations, attractive women lose out and face discrimination. These occupations include research and development manager, director of finance, mechanical engineer and construction supervisor – jobs that are traditionally considered ‘masculine’.

For jobs like director of security, hardware salesperson, prison guard and tow truck driver, good looks have no effect whatsoever. When it comes to jobs like receptionist or secretary, on the other hand – traditionally considered ‘female’ roles – beautiful women have a distinct advantage.

In general, good looks are advantageous for both genders, even more so for women than for men. Attractive people tend to receive preferential treatment, higher salaries, higher performance appraisals and more promotions. A recent Newsweek survey of both hiring managers and workers showed that good looks were rated third in importance, ahead of education and sense of humour. Looks matter particularly for jobs that involve face-to-face client contact, such as sales.

Perceptions of ability based on looks are undoubtedly divided along gender lines, and there is a double standard at work. While beauty works against women when applying for some jobs, attractive men do not face the same kind of discrimination and are still favoured.

It’s important to try to get away from traditional stereotypes and not to discriminate against women based on their looks. Remember, it should be about ability, not appearance.