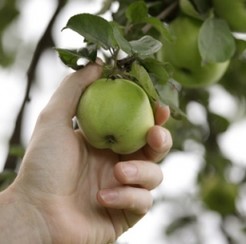 Beware of bad seeds in the fruit-picking industry

Fruit-picking is the backpacker’s rite of passage. It’s hard, sweaty work and is not highly paid, but under the right circumstances it can be a fun and quintessential part of the Australian working holiday experience.

Under the wrong circumstances, however, it can be a nightmare. Alarming reports have recently surfaced of dodgy operators who abuse their workers, deny them water and pay them a scant fraction of what they are owed.

Cali and Max Posun are currently under investigation for their abuse and exploitation of backpackers recruited to work as fruit-pickers at a Queensland farm. The Posuns own and lease the Panda Motel in Childers, East Bundy Backpackers and two local contracting companies, but have now been sacked by the company which runs the farm, SP Exports.

One 22-year-old German backpacker described working for Max Posun as being treated like a ‘slave’. He and other workers were yelled at and refused water after working for hours in the sweltering Queensland heat – and were then promptly sacked for their audacity in begging for water.

Employers are required to pay employees a base rate of pay that at least equals the national minimum wage ($14.31 an hour), and casual workers should receive a casual loading.

Also, under the Fair Work Act, an employer ‘cannot directly or indirectly require an employee to spend any part of wages payable to them if the requirement is unreasonable.’

The federal Ombudsman offers this advice for backpackers working in Australia: