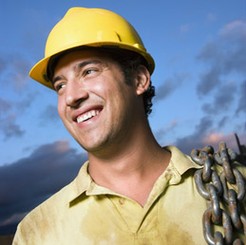 The recently announced Federal Budget has delivered good news for trainees and apprentices, with $660 million to be spent on investment in skills and job creation, including 39 000 new training places for industries suffering skills shortages. The government has identified resources, construction and infrastructure as its highest priority industries.

For trades with the biggest shortages, the government has put aside $200 million over the next four years to pay for extra training places through the Critical Skills Investment fund, while another $80 million will fund 22 500 new apprenticeships as part of the extended Apprentice Kickstart program.

In an effort to address the problem of youth unemployment, the states and territories will also be offered a deal that will guarantee a training place for every jobseeker under the age of 25. In addition, up to 14 000 Australians will gain access to numeracy, literacy and language courses to help improve their career prospects, and workers will have wider access to loans to help pay for the costs of further vocational training.

‘Demand in these areas [industries with skills shortages] has threatened to outstrip supply,’ Federal Treasurer Wayne Swan said in a statement. ‘At the same time, youth unemployment remains high in many parts of Australia. This package will provide Australians with the skills needed to support a sustainable economy.’

The cornerstones of the four-year skills package are as follows:

This $200 million co-investment fund has been designed to develop and supply essential skills to key industry sectors and groups. Its main focus will be on the resources, infrastructure, construction and renewable energy sectors, as well as other critical occupations, such as engineering. The fund will also be used to establish language, literacy and numeracy skills in the relevant sectors and help re-skill mature workers already in jobs.

This highly successful initiative has been extended from 12 May until 12 November 2010 and been given an $80 million boost in order to nearly double the number of new apprentices in traditional trades.

The scheme will encourage small and medium-sized businesses and group training companies to take on young apprentices in trades which suffer from skills shortages. In addition to the existing $1500 commencement bonus, businesses will receive an extra $3350 in bonus payments if they engage and retain school leavers in traditional trade apprenticeships.

The government has allocated $53.6 million to be used in negotiations with the states to offer training entitlements to all Australians under 25 years of age. The states and territories will also be expected to develop entitlements to build on the foundation skills of older workers.

This program will support the implementation of a competency-based system of progression, workplace supervision and stronger mentoring programs for apprenticeships. A system based on competency rather than time served will allow particularly skilled apprentices to reduce the length of their apprenticeships and will facilitate accelerated training delivery.

A high-level expert panel will be established to examine the whole range of Australian government employer incentives and develop a set of principles to guide the Australian Government submission for apprenticeship wages to Fair Work Australia.

Performance benchmarks will be set for the largest 100 registered training providers, with reward funding available for RTOs that attain these benchmarks.