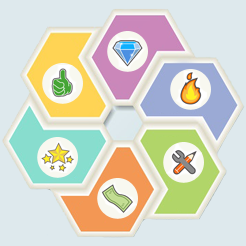 Courses compared: from the underrated to the overblown

Choosing what to study is one of the first big life decisions you will have to make, so how do you know you’re making the right choice?

The good news is that if you start with something you’re interested in (and if you’re prepared to work at it), then chances are that, no matter what you choose, you’re going to make it work. But even behind that general truth, there is another more worrying one: when courses are churning out more graduates than there are job opportunities, the road to success is bound to be tougher than you think. Before you lock in your preferences, the best thing you can do is get informed.

We’ve trawled through graduate surveys to compare areas of study: the safe bets, the hidden gems and even some lacklustre performers you might find surprising. We all know a career never comes guaranteed, but at least you will have your eyes wide open about what to expect when it comes time to face the real world – besides that HECS debt, of course!

Want to take a safe bet? Enquire about these blue chip courses to secure your future. 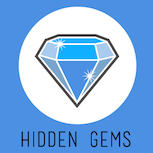 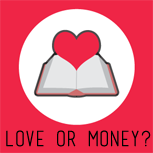 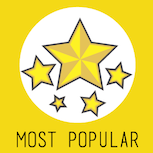 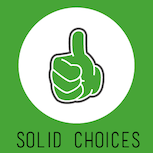 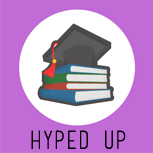 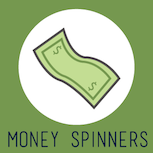 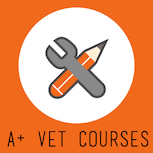 If you believe their numbers, you might have discounted these as underperformers, but you might want to look again:

Aeronautical engineering sounds impressive. And having a specialist qualification such as this might seem like a licence to print money, but over a third of recent graduates are actually still looking for full-time employment. Once you get employment, though, starting salaries are $60,000 and up, so it’s rewarding once you get there.

Education is one profession that is simply never going to die out. There are, however, a surprising number of graduates who work part-time or casually before landing a full-time role – 24.1 per cent. This is one of the highest percentages of people looking for full-time work amongst the fields of study, but it’s more a matter of time than a lack of need. And when graduates do get their first full-time job, their entry level salary is $13,000 more than health and engineering courses – well worth the wait!

Pharmacy gets a bad wrap because its starting salary is dead last on the list at just $39,000, but there’s more to the story. Pharmacy graduates must complete a year of professional development before they can be registered and start to earn the big bucks. A senior pharmacist shoots much higher up the list with a median salary of $80,500. This one’s a keeper, so bide your time.

Biology might hold the key to life, but it isn’t the key to getting a job. A significant percentage of life sciences graduates find themselves looking for full-time work four months after their degree – and at 47.6 per cent, it looks as if there are more biologists than humanities graduates on the dole. Furthermore, a low 66.2 per cent believed that their studies were at least somewhat important to their jobs (the lowest rating for relevance after social science and the humanities), and for those lucky enough to have full-time work, they would have started on a mere $48,000. But for all that bad news, biology graduates do top the list for going on to further study, with over half undertaking postgraduate education. Might it be that biology is simply the first step in a longer, more rewarding process? Let’s hope so!

Architecture has 40 per cent of graduates seeking full-time employment four months after graduation; 23.4 per cent of which were seeking full-time employment while they worked part-time or casually. This could be partially because the system requires graduates to complete a master’s in order to be fully qualified, but with a starting salary of $32,500 and 24 per cent of graduates going straight on to further study, it’s a slow process, and can at times be less financially rewarding than other trade-based construction qualifications. A substantial 82.9 per cent will eventually be employed in their field, though, so there’s a good chance you’ll get there in the end.

Construction might be seen as the rough cousin of architecture, but employment prospects and pay rates are substantially higher, especially for tertiary graduates. The average construction worker earns $40,000 at entry and $75,000 at a senior level, and with the potential to earn high from a young age, it’s one that will pay off quickly.

Nursing is a solid performer due to its abundance of part-time and casual work, with only five per cent of graduates initially having to go without a job while they look for full-time employment. A healthy 83.1 per cent of graduates get full-time work within four months – that’s more than education, computer science and rehabilitation.

Dentistry might not be as popular as medicine, but with 83.3 per cent employment, it is still well ahead of other taxing courses such as veterinary science. It also tops the starting salary range for graduates with $80,000 straight off the bat. If you are looking for a challenge that will get you earning fresh out of uni, this could be one for you.

Rehabilitation is a potential sleeper, as it boasts 81.5 per cent employment for recent graduates and a starting salary of $50,200. We expect a similar story for skilled health technicians, and even better conditions, as demand on our health system increases with the ageing population. Watch this space.

You wouldnâ€™t do it for the money

Visual and performing arts was always going to be at the top of this section. It tops the ‘seeking full-time work’ list with 51.7 per cent of graduates looking for their full-time job four months after graduation. Considering the often project-by-project nature of this kind of work, that might not be of too much concern or surprise to those who are interested, but if we couple that with a starting salary of $38,000 it seems the old starving fine arts degree graduate stereotype still rings true. But you’re doing it for the love, right?

Physical sciences might be touted as one of our areas in most need of new blood, but 39.4 per cent of recent graduates were looking for full-time work, so even though Australia needs to nurture its STEM strength, it looks, at least on face value, as if the industry needs to get on board with some more opportunities for graduates.

The most popular courses at university, as gauged by current enrolments in a bachelor degree, are management and commerce and society and culture – comprising 24 and 23 per cent respectively of all enrolments. But are these popular courses able to live up to the demand? Here are some bandwagons you might want to be wary of jumping onto:

Humanities is a wide area of study, but in the recent graduate survey 41 per cent of graduates were seeking full-time employment four months after graduation; 27.1 per cent of which were seeking full-time employment while they worked part-time or casually. Humanities courses also ranked low when graduates were asked if their field of study was at least somewhat important to their jobs. But this is not really news: the humanities have long been seen as a great generalist option, but providing a gateway to jobs has never been its main appeal.

Psychology is one of the most popular choices for students, but with a starting salary of $47,500, it’s unlikely to be on account of the money. Part of the issue is that only 40 per cent of psychology graduates are considered ‘career ready’ with another 40 per cent going on to further study after their bachelor degree. This popular field is transferable to a number of different industries, though, so as long as you find your niche you can do well.

Urban planning is often cited as a sure winner, but 32.1 per cent of graduates were looking for full-time work four months after graduation in the latest survey. It’s not the highest figure, but it suggests that graduates still have to earn their stripes.

Journalism has long been discussed as a popular course without the jobs to back it up, and with just 26.6 per cent of graduates working as journalists within four months of their graduation, and another 4.6 working in the media in non-journalist roles, there really are a lot of graduates left wanting. Or is it perhaps that the definition of journalism is in need of an update? 12.2 per cent were working in advertising or public relations within that same period, so perhaps graduates need to be willing to cross the ever-blurring lines.

Electrical engineering might not be a celebrated area of study, but 86 per cent of graduates find full-time work within four months of graduation. It beats mechanical, electronic, chemical, aeronautical and civil engineering for employment, and in 2013 was surpassed only by mining engineering. Whatever your specialisation, a median starting salary of $65,000 and $173,000 for senior professionals makes engineers the highest paid on the list.

Surveying is also a solid choice with 86.5 per cent of recent graduates in full-time work. What’s more, a further 9.9 per cent were working casually or part-time while they looked, meaning only 3.6 per cent were jobless. With demand higher than the number of graduates, the median starting salary of $52,000 is likely to go up quickly.

Don’t be fooled: just because lawyers can earn big money doesn’t mean that it’s an easy road to a six-figure salary. Competition in this popular degree is high and while employment levels aren’t dire, they aren’t anything to write home about, either: 21.5 per cent of law graduates were looking for full-time work within four months of their graduation. Starting salaries are a decent $55,000, but even that isn’t too far from social sciences on $50,000 or computer science on $53,000. It’s a great career, but you will need to sing for your supper.

Business studies failed to wow us in this recent survey, too. With just 71.8 of recent graduates in full-time employment within four months of graduation, (and accounting and economics only slightly better on 77.4 per cent and 76.3 per cent respectively), the financial services sector is steady, but not sterling. A starting salary for a business and economics graduate was $49,000, so like many careers, real success in the industry is about the particular job and the company you work for.

Mining engineers were the winners in 2013. It probably won’t come as a surprise, but 96 per cent of graduates were employed full-time within four months of their graduation. Things may step down a notch in coming years, but if you’re willing to go to where the resources are, then you can still earn big money.

Medicine is still a top employer with 96.9 per cent of recent graduates in full-time employment. Considering that graduates have to complete a compulsory internship at the conclusion of their degree, it’s to be expected that this number should be the highest, but with healthcare a growing concern, it’s worthy of its status as a blue chip career choice.

Health and education students found their courses most relevant to their work. It’s telling that these caring fields enjoy the highest levels of satisfaction – the happiness of giving, perhaps?

Across the VET courses, there was a high level of satisfaction, but those most chuffed with their courses were:

Agriculture, environmental and related studies: 89.8 per cent
Society and culture: 89.1 per cent
Food, hospitality and personal services: 88.9 per cent

Again in VET, these fields topped the list for aligning with the student’s reason for choosing their course:

Architecture and building: 89.5 per cent
Agriculture, environmental and related studies: 88.5 per cent
Society and culture: 87.3 per cent
Education: 86.6. per cent

And these courses were most relevant to the student’s future careers:

Technicians and trades workers were either employed in the same occupation (56.6. per cent) or working in a job where their training was relevant to their position (22 per cent). They were also 88 per cent employed.