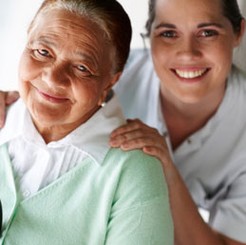 Fair Work Australia, the national workplace relations tribunal, has found that hundreds of thousands of social and community service workers in the non-government sector have suffered from significant underpayment, as well as gender discrimination.

The tribunal upheld a claim brought by the Australian Services Union (ASU) that workers in the female-dominated community services sector are not paid at the same rate as state and local government employees doing similar work.

As a result of this finding, wages in the industry could be raised by as much as 30 per cent, affecting workers in childcare, job recruitment, aged and disability services, and aid agencies – 87 per cent of whom are female.

For many, this is seen as a big win for women. ACTU president Ged Kearney has described this as ‘a milestone in seeking wage justice for women in all lines of work across Australia’ that will help set a standard for other industries. Sally McManus, NSW state secretary of the ASU, has said, ‘This opens the door for other women who have suffered gender-based pay discrimination.’

But according to David Gregory, director of the Australian Chamber of Commerce and Industry’s workplace policy, comparing and attempting to equalise the wages of government and non-government workers is inappropriate and sets a dangerous precedent.

‘The tribunal’s willingness to compare public sector wage levels with private sector awards is a dangerous path given the very different circumstances between the business of governments and the business of private community employers, many of whom are small not-for-profit businesses,’ said Gregory.

The tribunal’s decision will affect more than 30 000 workers in NSW, potentially costing the state up to $998 million over five years. While the government supports the decision in principle, it has warned that the only way to fund the increase may be to cut services and/or raise taxes.

Further hearings will be held in August to determine the exact amount of the pay increases.

Are you interested in a career in community and social services? Browse our courses to get qualified.