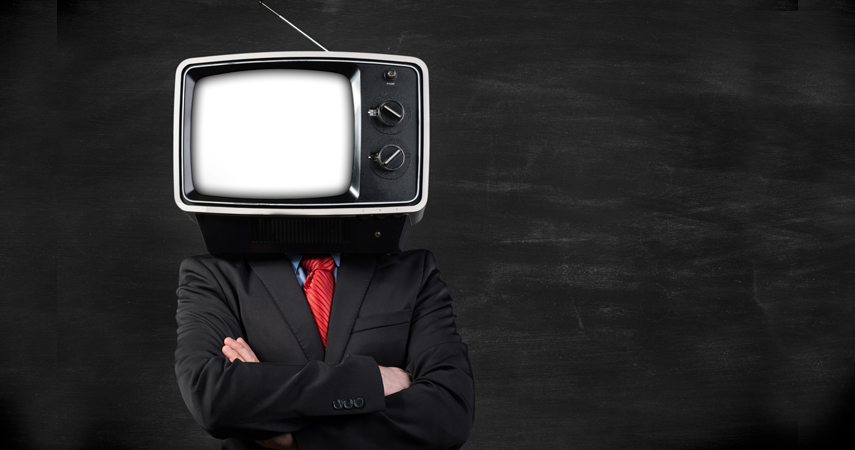 How to get a job in advertising

The advertising industry has always had a reputation for glamour and big bucks – an image which may or may not be entirely accurate – but with recent shows like The Gruen Transfer, 30 Seconds and Mad Men all centring on the ad world, it’s looking sexier than ever and interest in this industry has never been greater. So what does it take to get your foot in the door of this alluring but competitive industry?

The reality – all fun and glamour?

So is working in advertising as fun and glamorous as its image makes it out to be? According to Lachlan Brahe, managing director of emitch, a digital advertising and online marketing agency – it is. ‘Naturally! It’s the people who make it that way. Maybe I’m just blessed by having a pretty dynamic team that ensures my day is always fun.’

Siimon Reynolds, one of Australia’s most well-known advertising gurus and former creative director of ad agency Love, first became enamoured with the advertising world at age
15, during a work experience stint with an ad agency – the jeans-and-T-shirts culture seemed pretty cool.

The day-to-day reality of agency life, however, can be a little more mundane – not to mention a little frantic. Reynolds says: ‘You get in about 7:30 am and leave about 6:30 pm, and it’s much more intense because it’s very deadline-oriented, and you feel like an air traffic controller. One plane’s on the way but you can see the other three coming in. Also, your time is not entirely your own because you have clients, and you’ve got to respond to those clients. Maybe three-quarters of the day would be meetings.’

Brahe certainly concurs with the frenetic nature of daily advertising life: ‘It can be frantic at times! Suffice to say there is rarely a dull moment or the opportunity to ask, “Is there anything else you’d like me to do?” That said, the entry-level roles usually come with a pretty balanced plan of tasks and responsibilities, and clarity on where career progression can take an individual.’

The highs and lows of the job

At its best, advertising is an incredibly creative, stimulating business, and produces a buzz on which its proponents thrive. For Reynolds, it’s all about creativity and producing good quality work.

‘I like time to do creative work, and also when you or your agency have come up with a big idea and it actually comes off. There are so many ways, times, situations, when people say “no” to you in advertising – so when something actually gets up and gets in the press because it’s good, that’s really satisfying.’

Like any industry, advertising has its downsides. ‘The ups and downs balance one another out. Sure, there are long hours and pressure, but this is tempered with some great social opportunities and the opportunity to see the results of that hard work in action,’ says Brahe.

The essentials: persistence and passion

The two qualities you’ll need to make it in this business are persistence and passion – qualities that should get you far in whatever profession you choose.

The importance of persistence can’t be emphasised enough. ‘It’s hard to get in and hard to master, and it’s hard to rise to the top. So at every level – beginning, middle and senior – you’ve got to be up against yourself, practising, getting better. It’s really important to be alert. Be persistent, but be alert throughout your career, not just at the start,’ says Reynolds.

Passion is also essential. ‘We look for people who are passionate about their interests and good at articulating that passion. I see those traits as being transferable to their career,’ says Brahe.

It’s also important to be well-rounded and have a broad perspective. ‘Model yourself on the best agencies around the world – how they think, what they do, even how they dress. Don’t just judge yourself on Australian standards. And don’t just learn advertising, but learn marketing. Learn the client side, learn business. Become a business advisor, not just an ad creator,’ advises Reynolds.

Other important qualities which Brahe cites as essential are ‘Good communication skills, good strategic thinking skills, and an eye for opportunities both in terms of creative flair and spotting the next big thing.’

How to get your foot in the door: don’t be boring

As you would expect, the quickest way to kill your career in advertising is to be boring. ‘The first mistake people make is they apply in a very boring way, and no one takes any notice of their application. The resume has to be different. It can’t just look like every other resume. It has to have energy and life and humanity to it, it can’t just be a cold document – it just needs to be a bit different to separate it from the rest,’ says Reynolds.

Once again, persistence is the key to getting your foot in the door.

‘The failure to stay in touch with employers is the primary reason that people don’t make it into advertising. Someone may not have a job for you now, but they may have one in a week – but no one ever stays around or keeps persisting to find out if that’s true,’ says Reynolds.

‘It’s all about establishing relationships. Every time people come in to me saying they’d like a job as a writer, I tell them to keep in touch. But only one in every 30 people would come back to you again, even though I explain why that’s the only way they’re likely to ever get a job with me or any other ad agency. And what happens? They don’t get jobs and have to move into another industry.’

Reynolds offers three key pieces of advice for anyone intent on pursuing a career in advertising. ‘The first thing is, don’t give up. The second is, become an expert. And the third is, learn time management. There are so many people in the industry who are intelligent but don’t get much done during the day because their time management technique’s poor.’

You also have to be prepared to take any role in an agency that you can get. You’ll see how the business works, learn a lot from observation, meet the key players and be well-positioned to move into other roles when they come up. Consider doing work experience, network and get tips and advice from as many people as you can, and do your research so you’ll be well-informed about the business and any agencies you approach.

And don’t forget that passion and enthusiasm will get you far. As Brahe advises, ‘Approach even the most mundane task with passion and vigour. This is definitely the kind of career in which you want to be labelled as “The Passionate One”.’