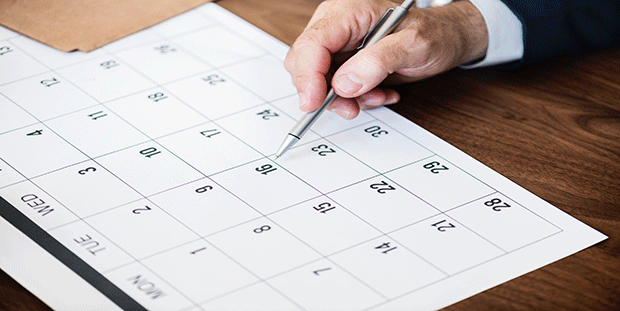 The rush of the Christmas and New Year holidays are over. Now, a whole year of work lies ahead of us. Umm hooo-ray? Even the most job-satisfied positive-thinking-powerhouses among us will find it hard to not feel a little bit like you’re sitting on a slowly deflating bouncy castle. I don’t think any of us will be surprised when we read in the news that many people get the blues in January. But don’t wallow because there is a light at the end of the tunnel! You can start planning your annual leave now, and we’re going to share the secret of how to maximise your days off while using minimal precious annual leave days. If you start planning right away, then in no time you will have your spring back in your step, along with something fun and exciting to look forward to.

The absolute number one way to get more holiday for less annual leave is to make use of our public holidays. For example, if there is a public holiday on a Monday you can use one or two days of annual leave either at the end of the week before the holiday, or after the public holiday and hey-presto, you have a four or five-day break. Prepare to daydream as you check out these 14 best places for a short break.

Australia day is the first coming up fast, so if you move quickly you could book a day or two of annual leave and extend the time off you already get from a long weekend to a four or five-day holiday using only one or two days of annual leave. Farewell January blues!

Depending on where you live you may have another opportunity in March to squeeze in another short-break. Western Australia has Labour Day on the 1st Monday in March while Victoria and Tasmania have Labour Day on the 2nd Monday in March. Either way, you can book in one or two days of your annual leave either before the weekend or on Tuesday and Wednesday to powerhouse a three-day break into a four/ five-day break.

The Easter public holidays are the ultimate way of getting more annual leave for less… Doesn’t matter where you live in Australia, you will have the Friday and Monday either side of the Easter weekend as a holiday. This means regardless of what you do, you already have four days holiday to play with. Adding some annual leave to either side of this long weekend you can quickly make the holiday longer for less.

Here’s a quick breakdown of 2019 dates for those of you playing at home:

If you are a lucky Tasmanian Devil you will also get the Tuesday (April 23rd) after Easter Monday as a holiday (hold that thought while I Google “moving to Tasmania”).

So, with a little planning ahead here are some ways you can get more annual leave over the Easter holidays…. You could take annual leave the four days before Good Friday, and then use another three days after Easter Monday (so the Tuesday, Wednesday and Friday – Thursday is Anzac Day). Now you have used seven days of your annual leave (six if you live in Tasmania) but you have a whopping 16-day break. You can do some serious exploring in that time! Settle for a slightly shorter break and head off Good Friday, 19th and come back to work Monday 29th, giving you 10 days off for the price of just three annual leave days.

If you live in Queensland or the Northern Territory you have your Labour day on the first Monday in May. If you didn’t get the opportunity to skip off in January, then take your chance in May!

In the Australian Capital Territory (ACT) you have an opportunity to get more holiday for less at the end of May when Reconciliation Day comes around.

In June, those of you who live it up in Western Australian can look smug as you take a couple of days off and extend a long weekend into a four or five-day holiday for Western Australia day. Huzzah!

Meanwhile, unless you live in Queensland or Western Australia (bad luck guys you have to wait until later in the year!) you can take advantage of the Queen’s Birthday public holiday to wangle a four- or five-day holiday instead of just a three-day weekend. This holiday falls on the second Monday in June.

The next opportunity to use your annual leave to extend a public holiday is Picnic Day. This holiday is only for those of us living in the Northern Territory and falls on the 1st Monday in August.

If you live in Brisbane you also have the fortune of an extra public holiday in August the rest of us don’t get (sniff). This year, Ekka People’s Day will take place on Wednesday 14th. If you book the Monday, Tuesday, Thursday and Friday (four days annual leave) you can take advantage of a nine-day break and still have tons of annual leave left. Score!

At the end of September, anyone living in Victoria can enjoy a public holiday (Grand Final Eve) on Friday, September 27th. You could take an extra day off either side of the weekend, such as Thursday and Monday and then you have a five-day break to enjoy.

Meanwhile, in New South Wales, Australian Capital Territory, and Southern Australia can finally enjoy Labour Day on the 1st Monday of October. Wouldn’t it be great if we could nomadic-ally move around the country taking advantage of the public holidays along the way…

In November, any of you living in Victoria can take advantage of the Melbourne Cup Day holiday. This holiday falls on a Tuesday, so if you take off Monday and Wednesday, or Friday and Monday you instantly get a five-day break for only two days of annual leave.

Finally, the next big opportunity to take minimal annual leave holiday for maximum days off is Christmas and New Year. This year, Christmas day will fall on a Wednesday which means as long as you don’t live in Southern Australia you will get the Wednesday and Thursday as a public holiday. Those of you in WA will only get the Wednesday as a public holiday. All you need to do is book your annual leave for the Monday, Tuesday, and Friday and hey-presto you will have from the 21st-29th December free-wheeling and fancy-free.

One thing left to do

I hope by this point you feel buoyed, and a little bit springy again. Even though it’s January and the year has only just begun. Now get planning and down to your HR department pronto before everyone else has the same idea. Then, you’ll be shooting off on holiday again before you know it!