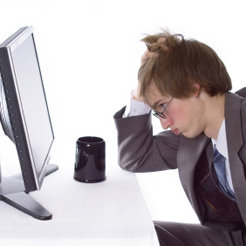 The ICT sector is in the midst of a slump that has already lasted for 18 to 24 months, according to findings from the latest Clarius Group Skills Indicator report. Permanent roles are in short supply and entry level workers have been hardest hit, especially networking and helpdesk staff. Even those at senior level are now settling for roles paying well below what they previously could have expected.

But are reports of the IT rut greatly exaggerated?

The Skills Indicator states that there is still a shortage of managers in the industry, and the entire sector could pick up again soon as private sector and government projects get underway in the new financial year.

And what about the longer term future of the ICT job market?

With fewer students now enrolled in ICT courses and graduates halving from 9093 in 2003 to 4547 in 2012, the way is paved for worker shortages in the coming years – which is good news for qualified job seekers. The Australian Computer Society (ACS) projects that 12,300 positions will need to be filled in 2013 – but there may not be enough skilled workers to go around.

ACS CEO Alan Patterson lays the blame for the drop in student enrolments on a widespread but erroneous perception of poor prospects in the ICT sector. ‘It would seem that Australian students do not see ICT as an attractive course of study leading to a rewarding career, which is in fact the opposite of what it is’.

So don’t put away your computer just yet. With only 54.6 per cent of ICT students in Australia completing their courses, the industry needs students more than ever – those who will go on to finish their degrees and help fill the many positions that will open up. It also needs graduates with a wide range of skills and training as skill diversification will become the key to success, with workers taking on multiple roles and responsibilities.

By completing an online IT course, you can gain the qualifications to be in demand and enjoy a rewarding career in the ICT sector.

To expand your skill set and your options, see our full range of online courses.