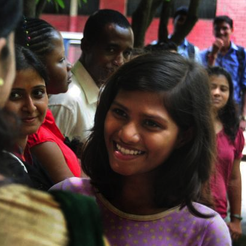 Master of her own fate: 13-year-old begins postgraduate study

Sushma Verma is 13 years old and is about to begin a Master of Microbiology.

Sushma may be an intellectual prodigy who eased her way through high school by the age of seven, but you might want to consider what Sushma’s family has had to sacrifice in the name of education.

Living in a single-room apartment with her three younger siblings and parents in India, Sushma is well aware of what her family has given up so she could continue her studies. Her father even sold the family’s only land for 25,000 rupees (approximately $420, significantly below its value) to aid her schooling, against the advice of friends.

It’s not the first time the family has seen academic excellence, with Sushma’s older brother graduating with a degree in computer science in 2007 at the age of 14. The cold reality is that had Sushma been born into a more traditional Indian family, she would not have been afforded the right to explore her incredible acumen given that she is female and the family already has a high achieving son. Fortunately for Sushma, her parents have not only allowed her to study, but to choose her own path.

The moral of the story? Never underestimate the importance of a supportive family and a lot of determination, especially when it comes to education.