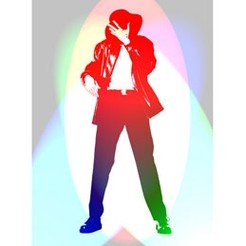 Michael Jackson – A career to remember

It’s not often that a single person can transform an entire industry and alter history. Elvis did it, Tiger Woods did it, and so did Barack Obama. It’s because of these people and their influence that industries such as music, entertainment, politics and sporting keep evolving and progressing – as these talented individuals push the boundaries of their respective fields, leaving them forever changed and enriched.

Michael Jackson is another example. As reports about the death of the ‘King of Pop’ have reached to every corner of the globe, fans and music lovers alike have joined together to mourn for one of the greatest musicians and entertainers to have ever graced the pop stage.

Despite Jackson’s tumultuous and controversial personal life – changing skin colour, child abuse accusations and drugs – his career is undoubtedly one to be celebrated. His influence on music and the entertainment industry has been dramatic and far-reaching.

Michael Jackson made his debut in the music industry at just 10 years of age as part of the Jackson 5 – already causing waves as the first black teen idols to appeal equally to white audiences. He then went on to have a phenomenal solo career in which he revolutionised the world of music and entertainment and transcended racial barriers – he was worshipped by black and white people alike, something no artist had done before. His 1982 album ‘Thriller’ still holds the all-time record for album sales, he won 13 Grammy Awards and sold more than 750 million albums.

Jackson’s groundbreaking dance moves – his signature ‘moonwalk’ is recognised all over the world, and his combination of different musical styles and trends made him one of the biggest performers of our time. His transformation of the music video – the ‘Thriller’ clip went for 14 minutes – and his pioneering of the ‘mega-concert’ – he once flew across the audience with a rocket strapped to his back at the end of one show – were unlike anything the music industry had seen before.

The impact and span of his career, and the inspiration he provided to many, will have reverberations in the music and entertainment industry for years to come.