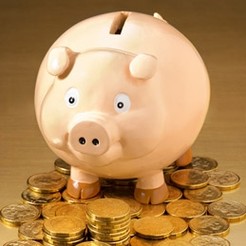 Minimum wage rise: boon to workers, but not to businesses

Australia’s national minimum wage has risen by $26 a week, increasing from $544 to $569.90 per week, to come into effect July 1. After last year’s minimum wage freeze, this comes as welcome news to low-income earners – but is not such good news for many businesses.

Fair Work Australia’s Minimum Wage Panel justified its decision to raise the minimum wage by citing evidence that the proportion of low-paid workers had increased from 10.6 per cent in 2003 to 14.6 per cent in 2007, demonstrating inequality in the distribution of economic gains over the past decade. In their eyes, this rise is needed for low-income workers to adequately maintain their living standards.

Industrial Tribunal president Justice Geoffrey Giudice said that with the Australian economy performing better than expected since March 2008, ‘There is a strong case for a rise in minimum wages to provide a fair and relevant safety net, protect the relative living standards of award-reliant employees and assist the low paid to meet their needs.’

‘We have never believed that the path to economic prosperity lay in cutting the economic conditions and wages of working Australians who face cost-of-living pressures,’ said Ms Gillard in a statement.

Unions also welcomed the decision, with the Australian Council of Trade Unions stating that cleaners, retail and hospitality staff, childcare and farm workers would all benefit from the wage rise. ACTU secretary Jeff Lawrence added that the increase would stimulate the economy as low-paid workers spent the extra money.

‘Today’s decision will restore some equity and fairness into our economy,’ said Lawrence.

Many businesses and industry bodies, however, believe that increasing the minimum wage will potentially damage the economy, as well as business.

Greg Evans, director of economics and industry policy at the Australian Chamber of Commerce and Industry (ACCI), said the pay rise was ‘extreme and excessive and a serious blow to Australian businesses.’ The ACCI anticipates that the wage rise will cost businesses $2.5 billion annually and would especially hurt small businesses.

Heather Ridout, Chief Executive, Australian Industry Group, agrees. ‘As well as paying the minimum wage increase, thousands of employers will be required from 1 July to pay increased wage rates, penalties and loadings under modern awards. Moreover, award modernisation may prove to be far more costly than most employers had thought given doubts that have arisen about whether new entitlements in modern awards can be absorbed into over-award payments.’

‘Timing is everything and there is a risk that this increase will slow the pace of job creation and that for many households the benefits of higher wage rates will be offset by a reduction in employment opportunities,’ warned Ridout.

Master Builders Australia, the peak body for the building and construction industry, is another organisation that believes the minimum wage increase will damage job prospects, particularly to young people in the building industry.

‘Apprentices rely heavily on minimum wages. There are no junior rates of pay in the industry’s modern awards. Hence, an increase of the magnitude handed down will affect young people’s job prospects when it kicks in on 1 July,’ said Wilhelm Harnisch, CEO of Master Builders Australia.

‘A fall-off in employment of young workers would be a tragedy especially in light of the recent efforts of government and the industry to rebuild the number of apprentices in the building industry through programs such as the KickStart Apprenticeships Program. The Global Financial Crisis which saw apprentice commencements for the building and construction industry fall by 25 per cent is still being felt.’

‘This means that even more effort needs to be put into programs like the Government’s Critical Skills Investment Fund announced in the recent May Budget to ensure our young people’s futures are not put at risk by an excessive minimum wage increase,’ said Harnisch.