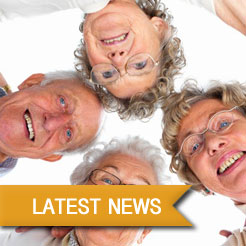 The federal government has announced that it will spend an additional $1.2 billion over four years to raise the wages of aged care workers.

‘The compact is a key component of the government's $3.7 billion aged care reform package and delivers on our commitment to better pay and conditions for Australia's aged care workers’, Butler told The Sydney Morning Herald.

With projections that up to 25 per cent of Australia’s population will be aged 65 or over by the year 2056, an estimated 827,000 aged care workers will be required. The government hopes that the pay rise will play a role in bolstering the industry’s workforce.

‘We know that most Australians who pursue a career in aged care do it for much more than the financial reward, but pay rises of that level are a big incentive to work in this secure and growing industry’, Butler said.

Take advantage of these government incentives by enrolling in an online aged care or nursing course.