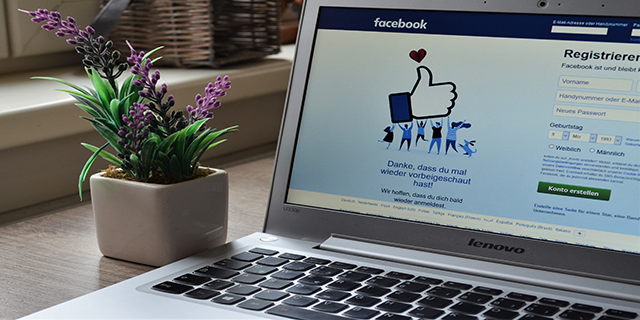 OPINION: The price of being social

In our age of social recruiting, personal branding is more important than ever. But is social media good or bad for your job prospects? Last month we heard from Julia Watters about the positive spin on social media. That’s all well and good, but I’m here to tell you that it’s not all Instagrammed cupcakes and rainbows. Social media may be a force for good – but it does have a dark side.

The first thing that needs to be said is that in today’s social world, opting out isn’t an option. Jobvite polled over 1,000 recruiters and found that 93 per cent use LinkedIn to find qualified candidates. Even Facebook and Twitter are proving to be contender hotbeds, attracting 66 per cent and 54 per cent of recruiter eyeballs respectively.

That’s great for the decision-makers, but what about job seekers? How should we feel about always being on show?

Any celebrity will tell you that mistakes are more costly when they are made in public – think disgraced American politician Anthony Weiner, who had to resign from Congress in 2011 due to a sexting scandal. The difference is that celebrities, politicians and high-profile business people have PR managers to protect their personal brands. The average person, however, wouldn’t have a clue of how to turn a misstep into a marvel.

Professional branding is all about sending a consistent message, but with social media we no longer have control. In the realm of instant updates, checking in and tagging, and with our brands in the hands of friends, colleagues and even distant contacts, image is a fluid and fragile thing.

‘Don’t create a mismatched brand by conveying different or competing attributes in various social media outlets … posting comments on LinkedIn about your vacation when you’re trying to brand yourself as a savvy cross-functional project team leader. Doing so will create audience confusion about who you are and what you do.’

Does your future boss need to know that you checked into a club at 3am? Just what you think of Lindsay Lohan’s latest rehab stint? Which way you vote? We talk differently to our besties and our bosses, so I suggest imagining Facebook as a high school reunion, LinkedIn as a jobs market and Twitter as a soapbox – and the wider the net we cast, the more we need to think about consequences.

It’s murky territory: Australia’s Industrial Relations Commission is currently discussing corrections officers who recklessly criticised privatisation and lost their jobs as both victims and perpetrators. At the other end of the spectrum, even small mistakes can be menacing: more than 50 per cent of recruiters will react negatively to a spelling or grammatical error in someone’s profile. If that many potential employers are reacting to spelling, then imagine how they feel about more significant errors of judgment?

I’ve trawled the wreckage of social media casualties and one thing is certain: new ways to damage your brand, and even get fired, continue to float to the surface. From weatherman Al Roker who tweeted photos of his experience as a juror, to the Virgin Atlantic crew who joked about safety standards – the examples are endless.

Once your posts are shared outside your network they can be a bit like lantana – easy to take hold and very hard to remove. A picture of me wearing a flanno and sporting an undercut, circa 1992, serves as a cruel reminder that social media doesn’t come with an expiry date. And I think we all know that data never really dies, even if we hit delete.

To avoid the future ghosts of our social past, we need to picture ourselves in five, 10 and 20 years’ time – and that isn’t easy; in the 90s I fancied an angry tattoo to go with that undercut. Perhaps social media forays should be considered in the same light: permanent and with the potential to put people off.

It’s a lesson that goes beyond personal branding, too. Earlier this year Mashable reported that social media heightens envy and body issues and decreases productivity.

This may sound like too much to keep a handle on, but we can’t put the social genie back in the bottle. The best we can do is stay alert and fix mistakes. So make sure you know your employer’s social media policy, stay sensitive, act quickly and apologise sincerely if things go wrong – your next job may depend on it.

Marni has made it difficult to ignore some of the the pitfalls of social media, but what about the perks? Check out Juliaâ€™s counterargument.