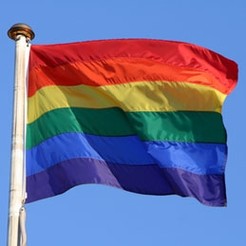 Pride and diversity in the workplace

Some of Australia’s highest profile businesses are leading the march towards creating gay-friendly workplaces.

Telstra, IBM, ING Australia and the Australian Federal Police are some of the leading employers who have signed up as foundation members for the Pride in Diversity program.

The program, which was launched on 10 February 2010, aims to assist employers in responding to the needs of lesbian, gay, bisexual and transgender (LGBT) employees.

Pride in Diversity will work closely with human resource departments to assist with the inclusion and equality of LGBT workers within all sectors of the Australian workforce.

‘Research shows that up to 60 per cent of LGBT people experience some form of harassment at work during their careers. That’s four times the rate of the general population,’ says Pride in Diversity Director Dawn Hough.

Businesses are encouraged to jump on board and promote a fair and diverse workplace, which in turn will reduce the costs of complaint resolution, absenteeism and staff turnover – costs which can arise if an LGBT employee does not feel safe, welcome or suffers from workplace abuse.

‘Our research shows that the inability to be oneself at work, to constantly feel the need to self-edit conversations and to take on a different persona in order to be accepted, has a very real impact not only on the employee but on the organisation itself,’ says Doctor Raymond Trau from the Discipline of Work and Organisational Studies at the University of Sydney.

Another incentive for businesses to sign-up is to take advantage of the ‘pink dollar’ niche market.

With the annual disposable income of Australian gay and lesbian households estimated at $10 billion in 2004, the purchasing power of the LGBT community is a force to be reckoned with.

Studies have also shown that the LGBT market is more inclined to buy products from companies that uphold diversity policies.

Pride in Diversity is Australia’s first employer support program for the inclusion of LGBT employees, and is in partnership with ACON, Diversity Council Australia and Stonewall UK.