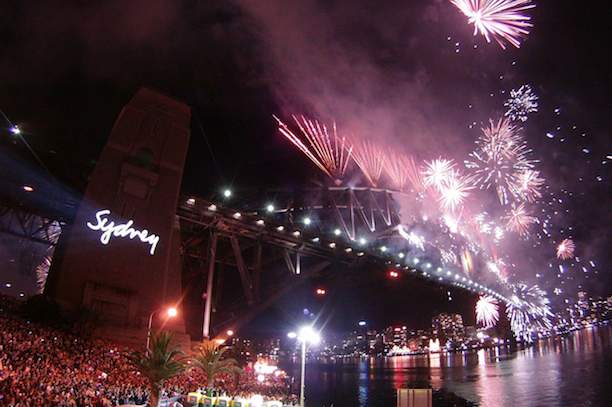 For the majority of people, new year’s eve represents a chance to celebrate another year gone by, resolve to make the next one even better and to revel in a sense of unbridled opportunity (usually with the aid of a champagne bottle or three!)

But how often have you stopped to spare a thought for the thousands of people working tirelessly behind the scenes to bring you the spectacle of the year? We took some time out to chat to just two of the unsung heroes of NYE. 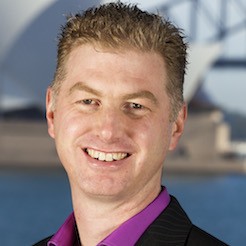 My favourite thing about Sydney New Year’s Eve for many years has been at the start of the fireworks, when the first effects go off, you hear this gasp from around the harbour.

Briefly describe the sort of work you’ll be doing in the lead up to/on NYE.

But what they do get is the feeling around the city and the feeling of quality in the event, and that comes from attention to detail and 15 months of planning.

There are six full-time staff, including myself, and around 90 direct staff who are employed by the City of Sydney.

On the night over 1,000 people will be accredited for the event, including lighting and sound contractors, pyro-technicians, stage managers, event managers, artists, the people who clear the rubbish and clean the toilets all around the city and the national and international broadcast people – there are hundreds involved in the broadcast alone.

The NYE team – with key contractors – develops the theme, designs the Sydney Harbour Bridge Effect and master imagery, works closely with our Fireworks Director to develop the displays, organises the other entertainment elements and plans our event sites and vantage points.

What’s the worst thing about having to work on NYE?

It’s still work, so we don’t get to enjoy a celebratory drink at midnight like everyone else. At about 3am, we have sort of got everything packed down and squared away and we will generally have a drink then and just collapse.

My favourite thing about Sydney New Year’s Eve for many years has been at the start of the fireworks, when the first effects go off, you hear this gasp from around the harbour.

For many years I was in the Sydney New Year’s Eve control room, in a building 25 floors above the city at Circular Quay, and you hear 1.6 million people gasp in awe and that is amazing. And being partly responsible for that is an amazing feeling.

How did you get started in your career?

I was raised in Perth, Western Australia, and began my career in theatre and events at 18 while working backstage in the Melbourne theatre industry.

I then completed a diploma in stage management at the Western Australian Academy of Performing Arts before moving to Sydney in 1997.

I worked on the City of Sydney’s New Year’s Eve team for the past eight years and this is my third year as producer.

Any advice for someone looking to break into a similar line of work?

Experience is key. There are several institutions offering degree or diploma level courses which will give a great grounding, but make sure you get as much experience as possible at the same time.

Also, try other parts of the industry. I started in theatrical stage management but found I loved outdoor special events – try as much as you can and do what you enjoy most.

It’s very rewarding to put on a great show for people, and for me personally, it’s even more rewarding to help provide an event that’s shared as a city and as a nation.

Briefly describe the sort of work you’ll be doing in the lead up to/on NYE.

Among other services we will be providing for NYE, Technical Direction Company will be projecting video content onto the pylons of the Sydney Harbour Bridge. In my capacity within the company, I will be preparing our fleet of high-end projectors and providing technical assistance to our on-site technicians.

What’s the worst thing about having to work on NYE?

The work can sometimes pull me away from spending time with my friends and family. Providing technical assistance for all our technicians working through the night is a big part of my job. We have some of the finest video technicians and projectionists in the country and it’s very much a team effort to deliver the highest quality production.

What’s the best thing about working on NYE?

We may not be able to celebrate the countdown into the new year with friends and family, but we help facilitate the celebrations that are enjoyed and appreciated by the thousands of people who will make their way into the city to witness the festivities and all those watching the coverage at home.

It’s very rewarding to put on a great show for people, and for me personally, it’s even more rewarding to help provide an event that’s shared as a city and as a nation.

How did you get started in your career?

I developed an interest in the industry during high school. I earned several certifications and diplomas in technical production through TAFE programs in high school and in a private institution. Since then I’ve worked for various companies doing stage lighting and sound and now I’ve spent the last few years working with vision systems.

Any advice for someone looking to break into a similar line of work?

Be prepared to work hard, and use every facet of your intellect to deliver the highest standard of results possible. We work with strict time constraints; we are constantly evolving with new technologies and new methods of problem solving.

Don’t expect your dream position to fall into your lap. You have many, many dues to pay before you get there, and you owe it to yourself to learn as much as you can along the way.

Happy new year from the Career FAQs team! May 2014 be prosperous, productive and filled with opportunity.