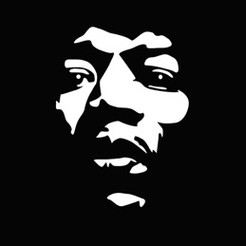 August 15th marks the 40th anniversary of Woodstock, the four-day music festival that came to epitomise an entire generation. Nearly half a million people attended the rain-soaked festival that took place on a dairy farm in Bethel, New York. The historic event became a celebration of sex, drugs and rock and roll, and was the apotheosis of the peace-and-love generation.

Australia may have been on the other side of the world but Woodstock still caused reverberations here, especially when the 1970 documentary film Woodstock hit the screens and Australians were able to see some of the memorable performances for themselves – with a line-up that included Janis Joplin, Jimi Hendrix, The Who and Crosby, Stills, Nash and Young, amongst others. For many Australians, watching these performers had a lasting and galvanising effect.

Many, however, soon abandoned the hippie ideal and went on to settle down into family life and careers instead of moving to Nimbin and spending the rest of their days smoking dope and doing tantric meditation. But does this necessarily mean that they sold out and abandoned their youthful ideals?

The Woodstock generation are all around you – just look around your office. They may have swapped their paisley shirts for business shirts and more conservative attire, but you probably work with many who were shaped by that unique time – if you’re not one of those yourself.

Here’s what a few Australians from the Woodstock era have to say about the legacy of Woodstock.

‘I would have loved to have been at Woodstock but I had to settle for “Australia’s Woodstock”, Sunbury ’72, a few years later. I was working for the government at the time and of course when I was at work I had to be very serious and very “public servant”. But on weekends I was a hippie and wore this sheepskin coat I got in South-East Asia. The women loved it! I did the done thing and took a trip down the hippie trail from Bali to Kathmandu. It was the best year of my life – I had no responsibilities to anyone, I was a free spirit, on my own. I could go anywhere, no itinerary! It was very Woodstock and I was a hippie.

I’m not into hippie ways anymore. When you get older and have kids, you realise that you were a hedonist and just lived for the senses. When I met my wife I changed as I realised that there was something called love, which was much more than just physical attraction and it was binding.’

‘I think the event itself was secondary to the idea of the event – that is, it was one of the first times that the youth of the day could unite in their own way (versus school or political or even socioeconomic tribes).

A more recent view I am developing is that Woodstock and similar events – the Monterey Pop Festival, Glastonbury, etc – may be the root of a sickness that is hurting western society, ie. the cult of the individual. Certainly it was wonderful to break out of the stultifying 50s but I fear that the resultant “f**k the world, I will take what I want and to hell with the rest of you” attitude may be the aberrant child of the “free love, free expression” movement that these events championed.

Don’t get me wrong, I love the founding principles but I just feel that subsequent generations, in a bid to match or even outdo the Woodstock culture, have now got to a point where “f**k you” is the norm and the “us” generation is now secondary to the “me” generation. Free expression didn’t mean “whatever I say is right and if you challenge it I will hurt you.”’

‘Woodstock 1969 – how I wished at the time I could go there. To those like me who had imbibed a hippie dream since reading of the “summer of love” in Haight-Ashbury in 1967, we could see that it would be more than just the biggest music event the world had ever seen. We could see that it would be a test of whether the hippie dream – an amaterialist, mass communal, peaceful gathering – could become a successful reality.

Alas for me, an 18 year old stuck in a humdrum and low-paid public service job in my first year out of school, going to the east coast of the United States was as remote a possibility as walking on the moon – as Armstrong and co had done a few weeks before the festival. As enticing as the hippie dream was, I did not believe in it enough to shake off my conditioning to finish school, get a secure job and build a career, and abandon all that for an exciting but uncertain life on the road. So Woodstock came and went while I (and many others like me) looked on wistfully from afar.

In my own case, there was a lingering effect. I was a fringe hippie. The Woodstock event was part of the catalyst for my wanting to embrace an alternative lifestyle, but I didn't get serious about doing that for some years after the event.

Five years ago my wife and I bought a place in the mountains that we love but our city lives have prevented us from living there. We hope to move there in 18 months or so and adopt a quiet, simple life close to nature. The last remnant of the Woodstock dream is still alive in me.

When it is viewed in the hindsight of 40 years, what was Woodstock? Great music, certainly. The reflection of hopes for a new social paradigm, yes. Have the hopes been realised? Given that the Woodstock generation are the ageing materialists, the politicians and the warmongers of today, you would have to say, largely not. But then the dream of a complete transformation of the social order was always too ambitious. The dream survives in the environmental movement, those who envision a simpler way of living with a smaller footprint on the earth. And somehow that dream still has a foothold.’

What did Woodstock mean to you? Were you lucky enough to attend? Leave a comment and tell us about it!