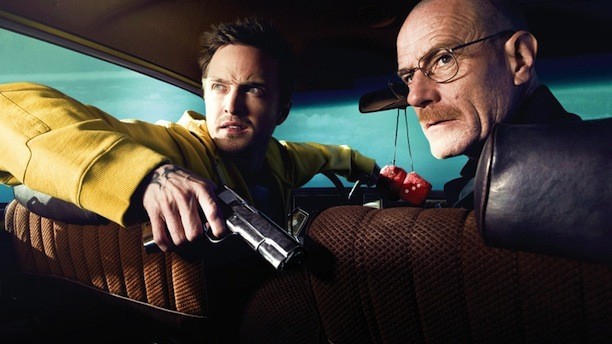 Notoriously addictive and guaranteed to give you severe withdrawal. Such is the effect of Heisenberg’s signature Blue and Vince Gilligan’s powerhouse TV series Breaking Bad.

For five diabolical seasons we’ve watched Walter White build his drug empire from the ground up and transform from ‘Mr Chips to Scarface’. From his tighty whitey-Winnebago cooking days when he still needed to rehearse lying to Skyler, Walt sure has come a long way. And he’s fallen even further.

But even as he descended deeper and deeper into the evil genius that is Heisenberg, I still found myself rooting for Walt. Why?

Because at the end of the day, aren’t we all just trying to achieve what Walt set out to do? To provide for our families, leave a legacy, and become our own bosses?

Breaking Bad is a poetically shrewd metaphor for our modern-day working life. It may seem an unorthodox source of career advice, but beyond the gut-wrenching drama and stunning cinematography, the show has a lot to say about work and life and the melding of the two.

You didn’t plan the lung cancer, and you didn’t plan to get knifed by your wife or ratted out by your business partner. Not every day can be an ‘A1 day’.

So what do you do? Be flexible, be opportunistic and roll with the unpredictable. This ‘Heisenberg’ method applies to your career too. Whether you’ve been made redundant, need to fold your business or realise you hate your dream job, a Heisenberg-like adaptability will put you in good stead – because opportunities will come knocking.

It’s important to be open to them, and take advantage where you can. Nobody more eloquently underlines this point than Breaking Bad creator Vince Gilligan. After finishing up with The X-Files and a two-year stint of unemployment, Gilligan was desperate for work. A fellow writer joked that they should hop into an RV and cook meth out in the desert.

And the rest is history.

From meek chemistry teacher to meth-cooking mastermind. From Walter White to Heisenberg. From Mr Chips to Scarface. Walt’s transformation couldn’t more clearly showcase the fact that what we do for a living shapes who we are.

How we spend those 40 to 60 hours a week – what we’re doing, where, with whom and why – seeps into our psyches and forms our sense of self. What’s more, it also determines how others will judge us. ‘What do you do for a living?’ is, after all, one of the first questions asked when we meet new people. Your career is emblematic of who you are.

The lesson here? Choose a career path that suits your personality. One that aligns with your moral code and worldview, and that will nurture your sense of self rather than destroy it.

We needn’t look any further than Jesse’s guilt-ridden night-time wanderings for an example of a man who did not abide by this career rule of thumb.

I can’t stress this one enough. When it comes to working with others you really need to DO. YOUR. HOMEWORK.

Whether you’re employing new staff or are being head-hunted by another company, it’s crucial to know who you’re getting involved with.

Make sure you get to know the person or company, what their work is like, and what their values are. Because at the end of the day, how well you work with them can make or break your career.

If the chemistry is right, your work will thrive. Think Jesse and Walt: the early years. Get it wrong and you could end up with a dead brother-in-law, only one of the eight barrelfuls of your fortune and revenge burning in your heart.

Breaking Bad characters who failed to learn this career lesson – and died for it – include Gale Boetticher, that guy who was box-cuttered by Fring; Gus Fring himself; Mike Ehrmantraut (in Mike’s defence, he knew Walt was a ticking time bomb and did try to get out); and the drug gang massacred on Lydia’s watch (albeit with her eyes and ears covered). Wow, that’s a long list. Ignore this career tip at your own peril, people.

While this is a tongue-in-cheek take on one of the most morally ambiguous shows of our time, I think there’s one thing we can all be crystal-meth clear on: at the end of the day, none of us wants to look back on our life’s work only to think, ‘It can’t all have been for nothing’.