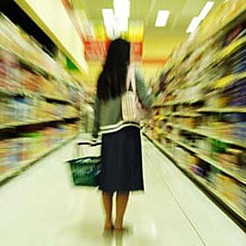 After a dire week for Australian employment, a glimmer of hope from retail giant Woolworths who have announced the creation of an extra 7000 jobs this year.

In a week when hundreds of jobs were axed across the manufacturing and property sectors, retailing giant Woolworths bucked the trend with some positive employment news.

The company revealed it plans to hire an additional 7000 workers this year – giving a major boost to employment numbers and showing its not all doom and gloom despite the global financial crisis.

The bulk of the new jobs will come from the opening of new stores Australia wide, growth in existing stores and store refurbishments.

It posted an increased profit of more than eight per cent in the second half of last year and opened 122 new stores creating 9000 jobs.

The substantial growth is attributed to the popularity of new store formats, extended discounting campaigns and increasing sales of higher-margin private label merchandise as customers seek to trim household budgets.

But the company also recognises that the global financial crisis will hold a large amount of sway in the coming year – with future profits subject to inflation, petrol prices, interest rates, rising unemployment and consumer confidence.

The announcement was a bright spot in a horror week in which both Pacific Brands, the company behind iconic Australian clothing such as King Gee, Bonds, Holeproof and Hard Yakka, and Property giant Lend Lease announced they would be slashing hundreds of Australian jobs.

‘It just goes to show that there are still underlying strengths in our economy, and we've got to build on those as we cope with a global recession, which is getting worse day by day,’ Mr Swan said.