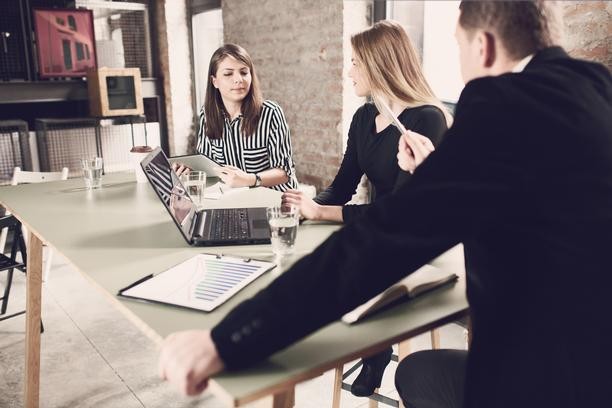 Job Interview Question And Answer: How Do You Handle Criticism?

This interview question might seem like a tricky one to answer because it ultimately boils down to admitting that you are a mere mortal who has flaws. (And before you even think about claiming that you've never had to handle criticism, that's a terrible idea because you risk appearing arrogant, out of touch and lacking in self-awareness.)

However, this seemingly tough interview question is a fairly straightforward one to navigate if you think it through. It's designed to understand your response to constructive feedback – do you get defensive or upset? Are you quick to assign blame? Here are a few examples of how to best approach your answer:

Constructive criticism is an important part of professional growth, and this is a good chance to show your potential employer that you are open to improvement, and striving to do better. Even though receiving criticism can feel lousy, show the interviewer that you are happy to put your ego aside and act upon feedback and advice. Explain that you think that criticism is an important agent of change, and you are open to receiving feedback from your peers, superiors and subordinates in order to further your growth and development.

'I decide whether the criticism is valid or not'

Criticism isn't necessarily a synonym for the cold hard truth. When you come up against a less-than-rave review about your work, you have the right to judge it on its own merits. In your answer, you should explain to the interviewer that in you would accept the criticism when given, thank the person for their feedback and take some time to consider it. After weighing up the evidence, you would decide whether or not you are making the correct decision. Criticism can spring from a person's doubt about your abilities, jealousy of your success or pure vindictiveness – so depending on the situation, you may need to stand strong and be confident in your abilities. Sometimes the most successful people are the ones who go against the grain and defy public opinion, and your answer should demonstrate that you are abe to separate the wheat from the chaff.

'It depends on whether the criticism is from a colleague, a client or my boss'

Criticism from a client is a completely different kettle of fish to that from a colleague. It's important to make this distinction, since handling criticism from clients and carrying out effective damage control could be a core component of the job on offer. If you are going for a job as a waiter, for example, the interviewer wants to know how you would handle a cranky customer, or if you are applying for a job as an airline check-in agent, how you would diffuse the situation if flights were delayed.

Explain to the interviewer that you would approach the criticism differently depending on its source. For a customer, you could say that your primary goal would be to listen to and empathise with their complaint, and then try to figure out a solution that would satisfy them. For a colleague, you would hear them out and try and ask questions to understand the situation completely, so you can improve. For your boss, you would proactively solicit feedback as part of your regular catch ups, since you want to continually improve and progress.

Interviewers love real-life examples because they show that your answer is based on the person you are, rather than a person you have created in order to blitz the interview. Make sure that the example illustrates that you have viewed the criticism objectively, taken ownership of the problem and used it to improve your work. If you are in a leadership position, you will also need to show that you are responsive to criticism by calling a follow-up meeting to discuss feedback and work towards solutions.

See our full list of interview questions and answers to help you in your next interview!