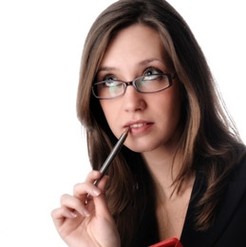 Job interview question and answer: Why haven’t you used your last boss as a reference?

For whatever reason, some of you may be in the awkward position of not feeling comfortable using your last boss as a reference, and this can be a tricky issue to sidestep. Even if you weren’t fired from your previous job, if your departure was under less than ideal circumstances then asking your ex-boss to act as a reference may not be something you – or they – feel comfortable with.

If that’s the case and you’ve left your last boss off your referee list, the first rule of thumb is not to bring the omission to the attention of your interviewer. There’s always a chance they may not even ask about it.

However, it’s important for you to be prepared to be questioned about why you have not included the most obvious person to use as a professional reference. So think hard about how to handle this should you be asked.

In general it's best not to say anything bad about a previous boss or employer, even if you feel that their treatment of you left something to be desired. However, people value honesty and can usually sense if you're trying to hide something – so there's a fine line to tread between not revealing too much about what happened in your previous job, and being upfront. You are under no obligation to go into great detail.

If the situation at your last job was a little contentious or there were personality clashes, this sort of response could work well:

'I learned a lot and gained invaluable experience in my last job, but I felt it was time to move on. I left feeling satisfied with the standards of my work and behaviour, but the situation became a little awkward due to internal politics and I prefer not to call on my previous employer for a reference. However, I do have plenty of other referees who would be happy to speak to you and vouch for my professionalism and good character.'

You could also try asking other colleagues from your previous company to act as referees rather than your ex-boss.