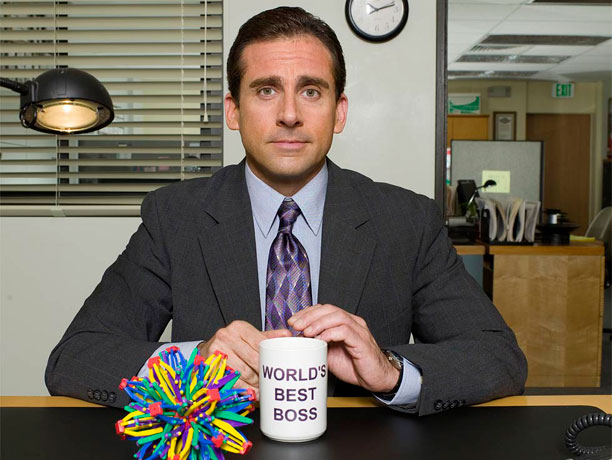 Valuable Lessons I Learned From The Worst Boss I Ever Had

Once upon a time in a galaxy far, far away, I was a young uni grad looking for an entry-level position that could, just possibly, lead to a ‘career’. I didn’t really know what I wanted to do, but I was wide open and the world was my oyster. I had a master’s arts degree under my belt from the country’s most respected university, I had done my backpacking trip around Europe, and now I was ready to tackle a ‘real’ job.

As luck would have it, I managed to get my foot in the door of a large media organisation. It was a lowly position but I was working for one of the country’s most well-known and well-respected broadcasting personalities. It was the perfect start to my brilliant career – or so I thought.

Over the course of the following months I was dismayed to see that all was not what it seemed in TV wonderland. My boss, in particular, proved to be a little different from what I had imagined. She was imperious, egomaniacal and ruthless, with no time or courtesy for anyone who wasn’t ‘important’; and by treating everyone like a minion, with only the Executive Producer as her confidante, she created an environment of paranoia thinly veiled by a veneer of fake camaraderie. At my exit interview, before I (thankfully) left for Australia, her parting words to me were: ‘In this business, you have to eat sh*t and swallow it’. If that’s what it took to get ahead there, I knew it wasn’t the place for me.

As negative as this experience might sound, it was one of the most valuable professional experiences of my life because it forced me to really think about what was important to me, what my core values were, and what I was and was not willing to compromise for the sake of my career. It also taught me exactly what kind of manager I would hope never to be.

So to anyone who is struggling in a job that makes them miserable, or working for someone who they despise, take heart – this is helping to clarify what you want and what’s important to you, and you’ll have learned some extremely useful lessons that you will carry for the rest of your life.

For me personally, there were two invaluable lessons I took away from my brush with the queen bee Boss From Hell:

Treat people – everyone – with respect

My experience only helped to reinforce what, for me, is a core value: that everyone, no matter their position, should be treated with respect. I believe that everyone deserves this and makes their contribution, and I don’t believe the world should be divided into the ‘important’ and ‘unimportant’. I don’t care who you are, no one deserves to be treated like toe jam because they aren’t rich and famous or don’t have a fancy title.

No job is worth compromising your self-respect

Everyone has their own limits and for some, getting ahead justifies whatever means. But for me, I knew I could never survive in an environment where grovelling and ‘sh*t-swallowing’ was expected as a given. Doing menial tasks isn’t a problem, and you can still do those with your integrity intact. But if your job leaves you feeling icky, demoralised and like you’ve sold your soul to the devil, then you’ve got a problem.