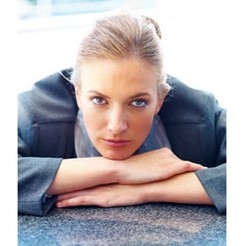 Gender inequality still an issue in the workplace

It may be the 100th anniversary of International Women’s Day, but Australian Bureau of Statistics figures show that women still earn only 84 per cent of what men earn – and women working part time get an even smaller percentage.

‘There’s no question that the gender pay gap is alive and well, particularly in the top ASX companies,’ Federal Sex Discrimination Commissioner Elizabeth Broderick told ABC News Online. Only 13 of the 500 largest companies in the world have female CEOs.

Broderick says that women are more likely to be paid less or passed over for jobs because of the way employers perceive existing or future family commitments. ‘For example, women are more likely to trade off money for family-friendly working conditions,’ she says. However, ‘When we look at what the ideal worker looks like in Australian workplaces, research shows it is someone who's available 24/7, with no visible caring responsibilities, and as a result of that it usually means male.’

‘When it gets down to it, research is clear that a significant percentage of a pay gap exists because you are a woman. So really, it’s pure sex discrimination and that’s the part we need to change,’ says Broderick.

Pay inequality is most blatant in the finance and insurance industry, according to research by the EOWWA (Equal Opportunity for Women in the Workplace Agency) revealing that women in the industry are paid 40 per cent less than men. Only 17 per cent of Certified Financial Planners (CFPs) in Australia are female.

Some financial services organisations are attempting to redress this imbalance. For example, National Australia Bank wealth management division MLC has created a new program to offer greater support and development for their female financial advisers.

‘There are many programs available which offer training or development but our research identified a need for female-specific initiatives to address the unique challenges they face,’ says Robert Neill, National Manager of MLC’s Adviser Business Centre. ‘There is a huge opportunity for the industry to nurture the next generation and encourage more women to take ownership roles within advice firms,’ says Neill.

Addressing women’s needs and improving the gender balance will help attract more skilled and qualified women to the industry. More than 40 per cent of MLC adviser scholarship program participants are female but, according to Neill, ‘there is always more we can do and we will continue to develop resources female advisers need to thrive in this environment.’

Australian women working in Australia have come a long way. Until 1966, women working in the federal public service were forced to resign when they got married. However, in 1969 women were awarded ‘equal pay for work of equal value’ and by 1984, federal legislation banning discrimination on the basis of sex had been introduced.

As of January 2008, almost 4.8 million women were in some form of paid employment, with a labour force participation rate of 58 per cent. Women comprise more than half of the Australian public service, hold around 36 per cent of senior executive government positions, and more than 30 per cent of Australia’s small business operators are women. Women also make up more than half of all tertiary education students, with the majority enrolled in management and commerce, society and culture, and food, hospitality and personal services courses.

However, there is still work to be done. In the private sector, women hold only 12 per cent of management positions, and 9 per cent of private board directorships. They are also severely under-represented in certain tertiary programs, with only 4.6 per cent enrolled in courses for engineering and related technologies, architecture and building.