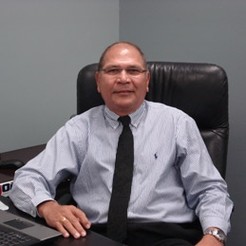 'We skill people for the future by training them to move the world, move the earth and move equipment from point A to point B.'

If you want to work in transport and logistics, Glenn Taylor can point you in the right direction. He was appointed general manager of Major in July 2007 and since then he has never looked back. The company has grown from having five staff to now employing in excess of 60 people. Glenn has assisted in building Major into one of Queensland’s largest Registered Training Organisations (RTOs) specialising in the transport, logistics, construction and mining industries.

We talked to Glenn about what his job involves, the training courses Major offers and how to start your career in transport and logistics. It’s definitely an industry on the move.

What does Major do?

Major is one of the biggest RTOs in Queensland. We train people in road transport to gain heavy vehicle licences, whether it is an MR (medium rigid), HR (heavy rigid) or HC (heavy combination) vehicle, or bus and coach training. We also train people to do load shifting and offer them tickets using plant-operating equipment such as excavators, forklifts, bulldozers and a whole range of other machinery.

Why should people train with Major?

The good thing about our training is that people get to learn on real machines and equipment, not simulators. We also do training in productivity placement programs, which is a federal government funded incentive. Basically, we work through employment job providers where they send us unemployed people that meet the eligibility criteria so we can train them. The great thing about these productivity placement programs is that we actually added an incentive to make it worth their while – we actually give them a licence for a heavy vehicle or a forklift ticket or something similar so they can go out and find a job.

What does your job involve?

My job is the general manager of the company and I joined Major two years ago and actually corporatised the business. I structured it and made it a managed business so we now have a chain of command. There is a managing director, general manager and nine line managers – one for each division.

What is the current state of the transport industry?

The current state of the transport industry is changing. The state government is now starting to make transport companies more responsible on the roads due to a lot of accidents and dangerous driving occurring.

One of the main issues is fatigue driving management where if a company has drivers who haven’t done their fatigue management and are driving long haul, they can only drive 12 hours. If a driver has done fatigue management, they can drive up to 14 hours providing they have a couple of breaks. Those two hours make a huge difference in the transport industry and have a direct effect on revenue.

Some sectors of the transport industry are feeling the pinch. Resources that aren’t very productive at the moment are finding it pretty tough. Other resources such as groceries, and fruit and vegetables are doing well because, you know, everyone has to eat! And the transport industry needs to get it to the suppliers.

What characteristics or qualifications do you need to work in the industry?
Well the people that work in this industry must have an MR or an HR licence to operate heavy vehicles. They must have held that licence for at least 12 months before they can upgrade to an HC which is a semi-trailer, or if they have held it for two years they can upgrade to an MC which allows them to cart heavier loads and so on. Basically we can help people in a range of industries such as transport, mining, construction or warehousing to get qualified.

Why is a registered training organisation like Major a good alternative to TAFE or university?

The trouble with TAFE courses is that they can take anything up to six months to complete and people just cannot afford that time. With an RTO like us, we can offer an individual a Certificate II with a truck licence or forklift ticket within two weeks, or a Certificate III within three weeks, if it is done full-time. It depends on your skill level. Some people know how to operate these machines but they haven’t got a ticket, so usually we can get them a ticket within a few days because they can just do their formals.

If someone comes in off the road and they just want to do a machine course, like a backhoe or excavator qualification, they can get a ticket within five days. This would consist of two days of formal training made up of theory and exams, and three days of informal training, which is a lot of practical stuff.

What is the average age of students?

There is no age limit – as long as you are 18 or over you can come and get a ticket with us. There are always people making career changes who aren’t sure what they want to do. If they come and get a ticket or truck licence with us they can get into warehousing, transport, construction or mining straight away.

We have students from all sorts of backgrounds – professional people, blue-collar people, white collar people. Sometimes they have been made redundant or are seeking a career change – they see it as a great opportunity to get a qualification and do something different. They may go on to buy their own truck and start a courier business or go into the landscaping business – there are so many different things you can do.

What is Major’s relationship with the transport and logistic industry?

We are actually a resource to the transport industry. Companies actually call us up and ask if we have a competent truck driver, or someone who has just qualified for their excavator or backhoe ticket and we can give them a list of names.

Association. We actually get involved with them and do presentations to their members to make them aware of what we can do to help them. We are also partners with QBIC (Queensland Bus Industry Council) – we offer them training for drivers doing long-haul trips. All warehouses need forklifts so we are involved with this sector to help people get their tickets. Basically, we just try to be a resource for the industry across a range of sectors.

Do you have any advice for young people considering this career path? Anything you think they should know?

Well if you want to be skilled for the future then we ask people to come to Major. We skill people for the future by training them to move the world, move the earth and move equipment from point A to point B. To work in this changing industry you need the relevant qualifications and we can provide them.