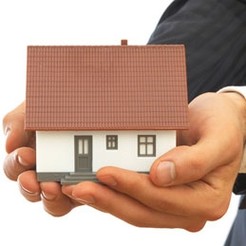 Government efforts to save property sector

Two years ago the Australian property sector was booming. Whether it was in commercial, residential, funds management or development, big bucks were being made and times were good.

It has now been one of the sectors hardest hit by the global financial crisis, with the government trying desperately to keep it afloat.

The sector is being affected from two sides. On the one hand, investors and banks have less money to inject into development projects, while the public is also feeling the squeeze. That translates into less supply, less demand and fewer jobs.

The Property Council of Australia has warned that foreign banks are pulling out of Australia's commercial property sector, potentially putting hundreds of projects at risk with fears local lenders won’t be able to bridge the gap.

The government is focussed on propping up the property sector because of the industry’s substantial impact on the country’s economy and as it’s the foundation for tens of thousands of Australian jobs. Apart from the core property jobs, there are also roles in construction and trades which are directly impacted – as well as the countless other careers which are indirectly affected.

The government’s $4 billion proposed property development fund will try and offset the $30 billion debt of Australia's commercial property sector. According to the Treasurer, that initial kitty could be extended by Government guarantee debt, creating a loan pool of up to $30 billion.

The so-called Rudd Bank however is now in the Senate as they mull over the contentious legislation.

There is better news for the residential sector. Interest rates have been scaled back drastically to help people with home loans and encourage others to keep buying. The government also gave a significant boost to the first homeowners grant to get houses sold.

The government and banks are also joining forces to make it easier for people taking out mortgages, even giving newly-unemployed mortgage holders a one-year reprieve on paying the loan back

The measures are working to keep the sector afloat, but critics fear when the time comes to scale them back the fallout will be immense.

The sector is in the midst of a crisis but potential homebuyers and investors should keep in mind that it’s a cyclic game and will be booming again in a few years – so keep an eye out for bargains to be snapped up.