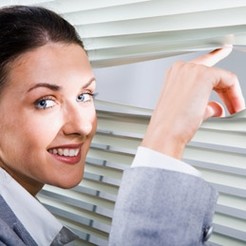 Grass looks greener to one third of Australian workers

One third of Australian workers are planning to change jobs, according to a recent Hay Group survey.

This finding comes as further confirmation of employee dissatisfaction after a Drake International report from February 2010 found that as much as fifty per cent of Australian workers are thinking about changing their jobs.

During the economic downturn employees gritted their teeth and bore the brunt of more arduous conditions, thankful to have jobs at all. But the backlash has begun and the natives are getting restless.

With more jobs opening up, workers are starting to think of getting to a better place in their careers – especially if the companies they work for haven’t done enough to take care of them during the tough times.

Around 28 000 new jobs a month have been created during the first five months of this year and the unemployment rate has remained steady at 5.2 per cent.

Office jobs have done particularly well, with job advertisements rising by more than 80 per cent over the past year. Human resources jobs have also risen by about 80 per cent.

The growth in job ads for accounting, engineering and mining has temporarily stalled, and the sales and marketing sector withstood a 2.8 per cent decrease in June. The mining and engineering industries have almost certainly suffered as a result of the super mining tax controversy (except in Queensland, where the sector rose by 10 per cent in June).

Some believe that the impending election is creating caution about hiring amongst employers, who want to see how workplace policy will be affected before taking on more staff.

The importance of employee engagement

Replacing staff is expensive. Hay Group estimates that it costs from 50 to 150 per cent of an employee’s salary to replace them – so it’s worth trying to motivate workers to stay on.

Because of the threat of losing valuable staff members, increasing employee engagement has become a top priority amongst CEOs and human resources directors. According to the Hay Group report, those workplaces that motivate employees to ‘go the extra mile’ and effectively deal with employee frustrations experience improved revenue growth, lower turnover and better employee performance.

William Werhane, managing director from Hay Group Insight, emphasises the importance of employee engagement. ‘The workplace landscape has changed; workers who, last year, were grateful to hold on to employment are sticking their heads above the parapet and gauging what the recovery means for their career prospects. This could spell particularly bad news for those companies who have failed to take necessary steps to implement effective enablement and engagement programs during the tough times.’

‘Looking back to the last downturn in 2001/02, Hay Group studies then saw that companies that kept a focus on employee engagement came out of the recession with better levels of motivation and loyalty, and a greater ability to attract and retain top talent, and this recession is no different,’ says Werhane.

‘Highly engaged and enabled workers undoubtedly create dramatically better business outputs, more loyal customers, and better financial performance during good times and bad. An enabling workplace can also actively deal with employee concerns rather than allowing them to continue unnoticed, which could subsequently result in demotivated and frustrated staff who may start to feel the grass is greener elsewhere.’