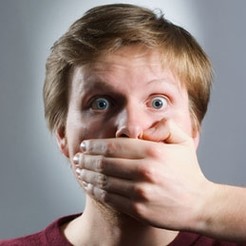 If you are one of the over nine million Australians or 500 million people worldwide who use Facebook, you probably use the social networking site to keep up with your friends, write on each other’s walls and view each other’s photos.

Caught up in this breezy social interaction, it’s easy to forget all the invisible readers who may be reading your profile information and looking at the photos you just posted of your last drunken night on the town. That may include the ‘friends’ you’ve added who you actually barely know, the friends of your friends, your colleagues and – shudder – your boss. Depending on your privacy settings, total strangers may be able to view your profile – including prospective employers.

Cautionary tales are increasingly emerging of how Facebook has proved the undoing of the hapless. Many people will already have heard about Australian Kyle Doyle, a call centre worker who chucked a sickie after a drunken night out, only to be busted by his boss after posting this on his Facebook page: ‘not going to work, f*** it i'm still trashed SICKIE WOO.’ Oops.

Then there was Kevin Colvin, an intern at Anglo Irish Bank in the US, who told his employers he had to miss work to go to New York for a family emergency. When his Facebook page later showed a photo of a fairy costume-clad Colvin at a Halloween party instead of his ‘family emergency’, his manager copied the photo and emailed it around the office with the reply: ‘Thanks for letting me know – hope everything is OK in New York. (cool wand).’

It is becoming increasingly common for employers to do background checks on potential employees by looking at their Facebook (or MySpace or Bebo) profiles. Twenty per cent of employers use social networking sites to run searches on job applicants and 68 per cent use search engines like Google and Yahoo to check on candidates, according to online recruitment website www.onrec.com.

So you might want to think twice before you start venting about how much you hate work or bragging about how many tequila shots you can down in the space of ten minutes. It could cost you your job.

Even seemingly innocuous posts can get you into trouble with your employer – like that experienced by one man working for a large corporate bank, who was supposedly fired for using the word ‘recession’ in a Facebook post.

The top turn-offs for employers on social networking websites include:

Other things to watch out for, particularly if you’re currently job hunting, are poor grammar and spelling, and badmouthing current or former employers and colleagues – both will reflect badly on you.

What you can do

There are a few things you need to do to make sure you don’t jeopardise your current or future job. The rule of thumb is to ask yourself: is this something you would feel comfortable having your parents or employer see? If the answer is no, play it safe and remove it.

Alternatively, you could consider setting up a separate ‘clean’ Facebook account with a variation of your name to use for work colleagues – and your parents.

This might seem obvious, but hey – even the wife of MI6 chief Sir John Sawers put private family information and photos on her Facebook profile without any privacy protection, unwittingly allowing 200 million Facebook users in the London network to access her profile.

Even if maintaining your privacy is not a matter of national security, it can still be a good idea to limit who can view your profile – to your network, friends and friends of friends, or friends only. In your privacy settings, you can customise the visibility of every aspect of your profile (personal info, status, wall posts, photos, etc) and it can be worth taking the time to do so.

Clean up your profile

Be aware of what impression you’re giving – through the language you use, the photos you post, what you list as your interests and what groups you belong to. If any of these are potentially damning, clean them up.

A last word about photos

Even if you’ve removed the incriminating photos of yourself passed out on the footpath after a bender, or pulling a moon for the camera, don’t forget that you also have to be aware of photos posted by your friends in which you’ve been tagged. If it’s not something you want to be associated with, be sure to untag yourself!

Do you have a story about how Facebook has gotten you or someone you know into trouble with your employer? Leave a comment below and tell us about it!