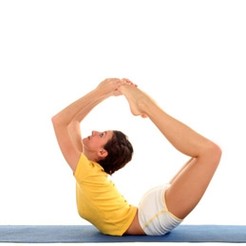 Australian employment policy initiatives have helped to minimise job losses during the global financial crisis, as outlined in a report on global labour markets by the International Labour Organisation (ILO).

How Australia avoided the recession

Australia may be the only country in the developed world to have escaped recession. This resulted from a combination of strong fiscal stimuli and the recovery in commodity exports.

It has been estimated that without the implementation of these measures, growth would have contracted by 1.3 per cent between 2008 and 2009. Instead, the fiscal stimuli helped to support household spending and public consumption, which in turn helped to stimulate growth.

Australia’s relative economic resilience was not due entirely to fiscal stimuli, however. According to the ILO’s World of Work Report 2009, Australia’s combination of a swift economic response, targeted labour market programs and adaptable employment practices by industry helped to support employment and minimise job losses.

During the financial downturn many Australian businesses adopted changes in working arrangements, such as reduced hours and job sharing, to ensure that job losses were kept to a minimum.

Jason Clare, Parliamentary Secretary for Employment, commented on the key role that businesses played in minimising the damage. ‘Business also deserves a lot of credit for their actions during the downturn. Many have gone to great lengths to keep their staff on, moving staff to flexible working arrangements like part-time work,’ he said in a speech in October.

‘A good example of this is Broens Industries. Broens is a high-tech engineering company based in Ingleburn in Western Sydney. They have revenue of about $25 million and employ about 200 staff.’

‘I caught up with the Managing Director of Broens, Carlos Broen, a couple of months ago.  He told me that in response to the global recession he was faced with the choice of reducing staff, or reducing their hours of work. He chose the latter, and has been able to keep his entire workforce on – working four days a week,’ said Clare.

The future of Australia’s workforce

However, while Australia has emerged from the GFC relatively unscathed in comparison to most other countries, the ILO report warns that premature withdrawal of public stimulus initiatives could lead to a slowdown in growth and loss of 100 000 jobs. Businesses cannot afford to revert too readily to their old ways.

Australian Chamber of Commerce and Industry Chief Executive Peter Anderson says: ‘The ILO report is a timely reminder of the critical role Australian business has played, in conjunction with policies of past and present Australian governments, in building a strong labour market and contributing to the wellbeing of our society through employment, even in the midst of a global recession.’

‘Although Australia’s unemployment rate stacks up well compared to other industrialised nations, the report suggests there is no room for complacency given our economic strength is underpinned by factors not fully within our control, such as strong external demand for commodities and increased domestic consumption that was aided by largely expended public stimulus,’ says Anderson.

Certainly organisations which have demonstrated flexibility and innovation during the downturn will reap the rewards, with their teams largely intact. But now more than ever, it is vital for businesses to continue to develop effective workforce strategies to ensure a thriving workforce.