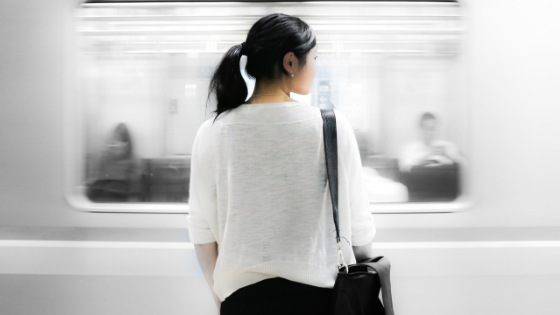 Internships: The Good, The Bad & The Ugly

An internship could be the career break you’ve been waiting for. Or it could leave you broke and teach you nothing except how many sugars your boss likes in her lattes. Let’s take a look at the good, the bad and the ugly of internships in Australia.

What Is An Internship and Do Interns Get Paid?

An internship is the placement of graduate or trainee within an organisation to gain work experience and understand the ‘day-t0-day’ workings of a particular industry. Internships can last anywhere from a week to a year or more.

The idea is to provide the missing link between studies and actual work experience; interns get real-world experience aligned to their academic studies.

Are Internships Legal In Australia?

They sure are! There are both paid and unpaid internship opportunities, however unpaid is far more common.

In Australia, the median length of an internship is 45 days – usually unpaid – and according to ABC News, up to 500,000 interns may have been in unlawful arrangements between 2013 – 2018.

Paid vs unpaid internships are where things can get a little murky.

Some unpaid work arrangements are lawful and others are not. Depending on the nature of the arrangement, the person doing the work may be an employee and be entitled to be paid the legal minimum rate of pay for the type of work they’re doing, along with other minimum employment entitlements.

Whether an unpaid work arrangement is lawful under the Fair Work Act 2009 (FW Act) depends on:

Let’s take a look at the good, the bad and the ugly of internships in Australia.

A good internship gives you the chance to apply what you know to real work experience and get a feel for the day-to-day duties you can expect in your chosen field.

Unlike an apprenticeship, which is focused on one area, an internship is broader and gives you the chance to explore the different areas of your field to discover which one you enjoy the most.

Internships aren’t only for graduates either. If you’re planning a major career change and starting in a new industry, an internship can give you a sense of what to expect. And, more importantly, find out if the direction of your new career is right for you.

Lorna Hendry was a graphic designer in her mid-forties when she took the leap to change careers to writing. After enrolling in a diploma for professional writing and editing, an opportunity for a four-week internship with a publisher came up.

She told The Sydney Morning Herald.

“When I finished my internship they kept asking me to write books. Now I’ve written 14 books for them and this year I’m shortlisted for a Children’s Book Council of Australia award.”

“The internship opened up this opportunity where I got to practise something new – writing.”

A foot in the door

The Unpaid Work Experience In Australia Report 2016 revealed 27 per cent were offered a job by their host organisation following their most recent period of unpaid work experience.

Joshua Robb was appointed Associate Director of accounting firm SV Partners at just 29 and told News.com.au that it was his internship with an accountancy firm that kick-started his career.

“I did the internship so that I could gain some experience in different areas of accounting and see if there were any areas I liked,” he said in the article The benefits of interning and how to make the most of your experience.

“After a week in business services and audit, I was ready to move on. And while I liked tax, I wasn’t sure I could keep doing it. But the day I started in insolvency, I realised this is what I want to do from now on.”

He interned for four weeks for an accounting practice and was offered a full-time role. By the time he graduated, he held the position of a senior liquidator.

Your finances could take a hit

Businesses can’t assume that because an intern is young, that they’re still living at home with their parents – ie, riding the wave of cheap (or no) rent.

Many interns support themselves and the financial reality of taking an unpaid internship can be grim.

Sydney Pead told the ABC she was commuting from Sydney to Wollongong for her journalism internship and trying to make ends meet on Youth Allowance.

The internship was a six week, unpaid stint for aspiring journalists the chance to get a byline in one of the country’s biggest newspapers.

“Once my rent and transport were paid there wasn’t much left over for food. I didn’t have time to supplement it with casual work.” recalled Sydney.

“Essentially, we worked for free, but more than that, I was hundreds of dollars out of pocket for the experience.”

According to the Unpaid Work Experience In Australia Report 2016, 1 in 4 interns receives financial support from family or friends.

It’s pretty common for the tasks no-one else wants to do to be handballed to the intern – the type of stuff which is basic and low skill. This type of ‘work’ won’t utilise the progressive skills of the intern; which is why they took the position in the first place.

So many scenes from The Devil Wears Prada coming to mind right now.

In his Medium article – Internships. They’re not just exploitation, they’re slavery –  Tim Van Martin lifts the lid on the exploitative nature of internships in the media and design industries.

“I’ve seen interns come in and literally be sent on coffee and stationery runs or be told to clean the kitchen. Or sort the stock images folder on the server. Or any other banal and soul destroying task that NO ONE wants to do.” writes Tim.

“Can they put any of that sh*t on their resume?”

It’s hard to know exactly how you’ll be treated before you start but do as much research as possible before accepting the placement. Even chatting with other interns at the company to get the real lowdown can help you avoid being conned with your internship.