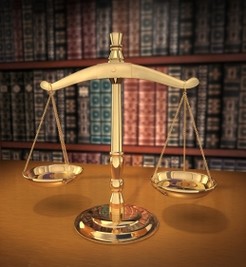 Legal eagles find ways of riding out the recession

Like other industries, the legal profession has been significantly affected by the global financial crisis. For both individuals and companies, flexibility seems to be the key to survival.

In February 2009, Mahlab Recruitment, a leading legal recruitment firm, released a Market Update outlining how the recent economic downturn has been affecting the legal market. These were their major findings.

Overall, business activity in law firms has slowed, although specific practice areas, such as insolvency and commercial litigation, are thriving. It is expected that pay rises and bonuses will be severely limited in the coming months.

While some firms have resorted to retrenching staff, others have come up with creative solutions to retain staff while containing costs. For example, some are offering a lump sum and leave of absence based on the employee’s commitment to return at the end of an agreed-upon period. More lawyers are also working part-time during the recession.

Mallesons Stephen Jaques, a multiple award-winning law firm, understands the importance of workplace flexibility well. In 2004, it launched its Making work work, together initiative – a program which formalised flexible working options. Staff are able to work part time, work flexible hours, job share, swap pay for leave, telework from home or combine these options. This is an excellent example of how law firms can adapt to changing times and thrive as a result – and it certainly seems to have paid off for Mallesons.

There is likely to be increased demand for projects, infrastructure and construction lawyers as a result of the Federal Government’s economic stimulus package focusing on infrastructure (particularly in the areas of transport, water, public housing and schools). High profile and senior public sector opportunities are now highly sought after because they are seen as offering greater job security.

With recruitment freezes, restructuring and redundancies occurring across the market, one of the most significant trends has been for corporations to make increasing use of contract roles, part-time opportunities and flexible working arrangements as a way of cutting costs and dealing with headcount freezes. These options provide a viable way for lawyers to survive these difficult times – so the more adaptable you are, the better.

Smaller firms may be the way to go

Many smaller firms with lower overheads and charge-out rates are picking up business as clients opt for cheaper options. This means that the demand for good candidates in these smaller firms is increasing. Instability at the top end also opens the way for smaller players to pick up experienced partners with transferable contacts and expertise.

Where the business is

In general, recruitment activity in the major cities has followed similar trends: a general slowing, especially in areas such as corporate, commercial, finance and property law, but with business picking up in the areas of commercial litigation, insolvency and employment law.

Both Sydney and Melbourne have seen increased demand in the IT sector, as well as opportunities within the health, energy and FMCG (fast moving consumer goods) industries. Lawyers with corporate governance skills are highly sought after, and opportunities still exist for high-calibre lawyers in the financial services sector.

This is a time for conservatism and caution, though plenty of opportunities still exist. A flexible approach to employment, including the implementation of innovative workplace practices, is allowing many law firms, and lawyers themselves, to ride out the current recessionary wave.