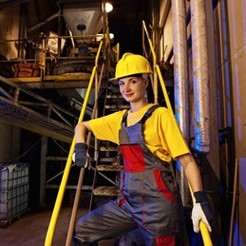 Manufacturing activity on the rise

The manufacturing sector is off to a positive start this year with an increase in new orders and exports. The latest Australian Performance of Manufacturing Index (Australian PMI), published by Australian Industry Group and PricewaterhouseCoopers, rose 2.5 points to 51.0 in January, indicating a rise in activity (readings above 50 points indicate expansion).

The housing and resources sectors, in particular, saw renewed demand – especially in the area of construction materials, which experienced its fifth consecutive month of expansion. Other areas of growth were transport equipment, petroleum and coal products and basic metal products.

The paper, printing and publishing sector also experienced its first lift in activity since September 2009.

On the downside, employment fell for the first time since November, and falls in activity were seen in the manufacture of clothing and footwear, food and beverages, wood products and furniture, machinery and equipment, fabricated metal products and textiles.

Geographically, the greatest manufacturing growth was seen in Western Australia, South Australia and Queensland, with decreases experienced in the three other states.

The positive turnaround bodes well, but this is no time for complacency. Australian Industry Group Chief Executive Heather Ridout says, ‘With output in the sector having fallen by 7.8 per cent in the year to the September quarter 2009, and with around
80 000 jobs lost from the sector in 2009, a sustained upswing in manufacturing activity is needed to fill the large chunk taken out of the sector by the global economic downturn.’

Despite the recent rise in export levels, the high Australian dollar continues to restrict growth.