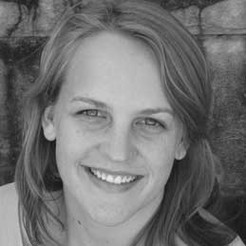 Nicki Bloom, playwright and Artistic Director of production company nowyesnow, is the 2008 recipient of the prestigious Patrick White Playwrights’ Award.

The $20 000 award was established in 2000 by the Sydney Theatre Company and the Sydney Morning Herald to celebrate White’s contribution to theatre and to foster the development of uniquely Australian theatrical voices.

Bloom’s latest work, Bloodwood, is her first full-length play since her critically acclaimed debut work, Tender. Bloodwood deals with the concepts of language, history, faith, memory and nationhood, through the depiction of two very different worlds: that of the 1893 New Australia utopian colony in Paraguay, and an imagined world which exists in both the past and the future.

Bloom’s award-winning first play, Tender, has been performed at Belvoir Street Theatre’s B Sharp, the Griffin Theatre and Hothouse Theatre in Albury/Wodonga. Tender will have its international debut in New York in July as part of the Public Theater’s Summer Play Festival.

Bloom has recently returned from Germany, where she studied under a Goethe-Institut Australien German Language Scholarship.