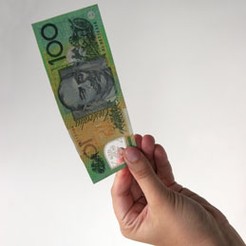 With redundancies on the rise due to the global financial crisis, nearly half of Australians say they would take a voluntary redundancy if the price is right.

Mass redundancies have already been seen across many Australian industries, from manufacturing, to banking and the media. The Reserve Bank of Australia is predicting the economic slowdown will be so severe, 100,000 people will lose their jobs in the next 12 months – pushing the unemployment rate to five per cent.

In the United States one fourth of employers are expected to make layoffs or other cost-cutting moves in the next 12 months.

A survey by linkme.com.au found 21.6 per cent of Australians would demand a six to 10-week cash payout, while 30.5 of companies currently offer a two-week payout. Redundancy laws differ from state to state with payouts generally corresponding with how long an employee has worked for a company.

'More than 40 per cent of the Australian workforce has been made redundant at least once in their careers and for most (70 per cent) it was extremely stressful, so it's interesting to note that respondents to our survey are quite happy to take a redundancy if the money is right,' LinkMe CEO Campbell Sallabank says.

'Being made redundant is never easy. Only 21.7 per cent of Australian companies provide career transition support, such as help with retraining and finding a new position, even though 85 per cent of the working population believe it is the responsibility of their employer to provide this service.'

But it's not all doom and gloom. Being made redundant can be the perfect way to launch yourself into an exciting new career path.

'If you adopt the right mindset, redundancy can be an opportunity for career advancement and development that otherwise would have been unlikely,' Mr Sallabank says.

'When weighing up a change in job, it's essential to think through the reasons behind your desire to change because at the end of the day money isn't what gets you out of bed, your purpose and sense of belonging are.'